Before Tuesday's game, the Wildcats were ranked #1 in the AP poll and #2 in the coaches poll, while the Purple Aces didn't rank on either. But, heavy weighs the crown... 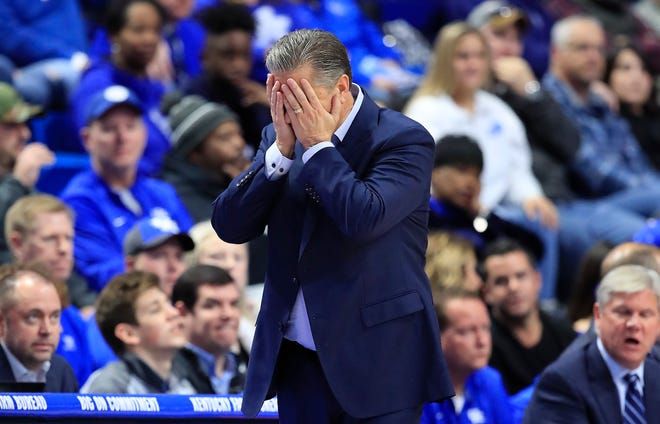 Despite being the 25-point favorites and beating preseason #1, Michigan State, Kentucky only led the game for a few minutes and were virtually dominated by the Purple Aces.

“I don’t know if anything matches this, other than winning a national championship,” Evansville coach Walter McCarty, who won a national title with Kentucky as a player, told reporters at his postgame news conference.

Evansville is the 4th D-I men's program to have its 1st-ever road win over an AP-ranked opponent come vs No. 1.

Quite simply, Calipari was outcoached.

The Wildcats fell 67-64, and an Evansville team who notched just 11 total wins last season, beat the #1 team on the road.

In college hoops, and in life, anything is possible.