You might know John Krasinski from his shows like "The Office" or "Jack Ryan," but the star recently debuted his newest project "Some Good News." The show is on his Youtube channel and follows some positive news stories from around the world to help bring a smile to people's faces. John starts the broadcast with the phrase "I’m John Krasinski, and if it isn’t clear yet, I have absolutely no idea what I’m doing."

In the midst of COVID-19, John shows city dwellers applauding healthcare workers who are risking their lives from the distance of their balconies and windows. He also tells the story of a homeowner who begins leaving gifts on the front door of a delivery driver. One man even bought 100 lobsters to help a struggling fisherman up in Maine. Finally, John is also joined by old friend Steve Carrell. 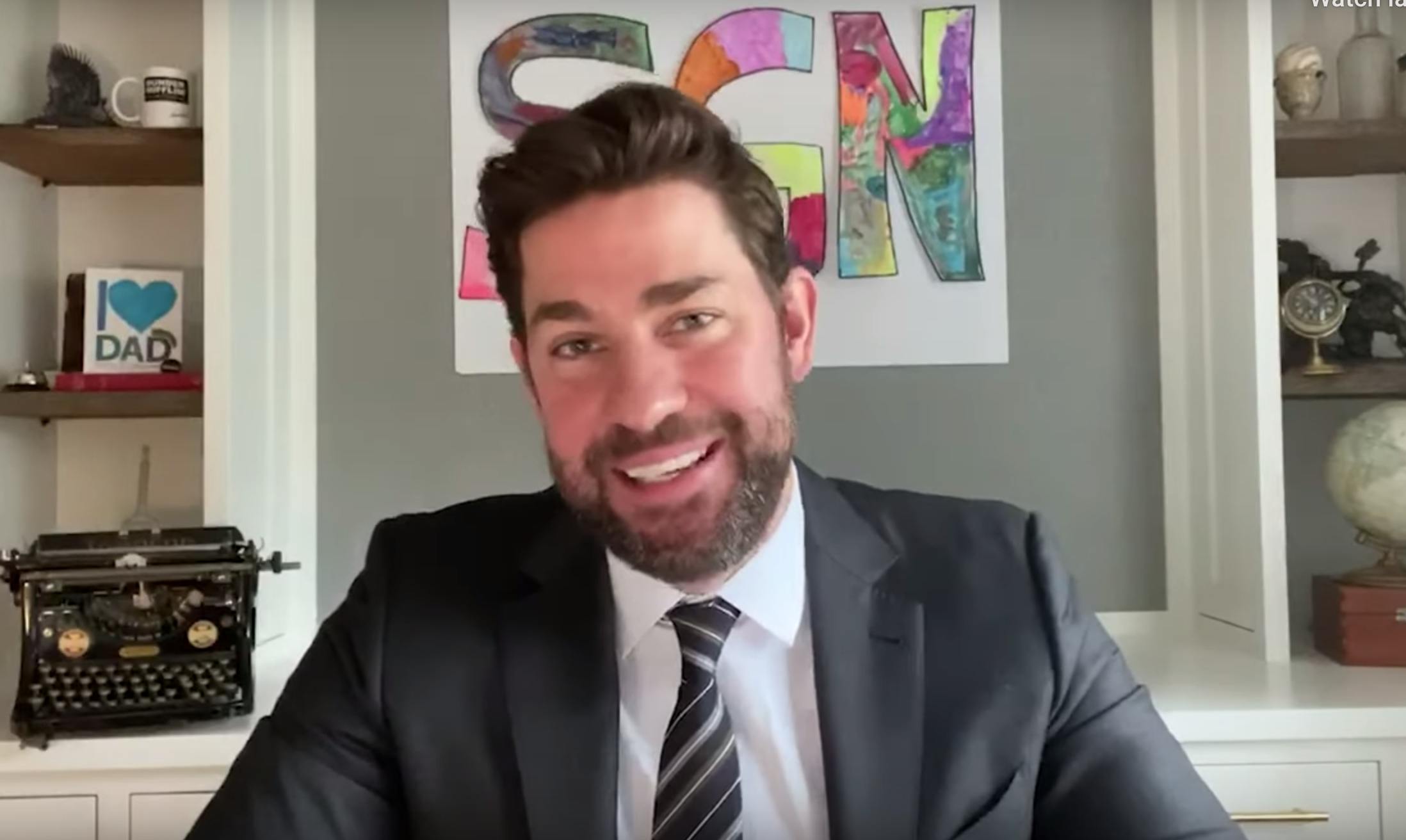 Krasinski isn't the only celeb turning to the internet during the pandemic. Talk shows like The Tonight Show Starring Jimmy Fallon, Late Night with Seth Meyers, and The Late Show with Stephen Colbert are only a few of the many shows that have started premiering mini-episodes of their shows filmed from their homes. While it's unclear how long this will go on for, and how frequently Krasinski will upload, it's clear that audiences will have a lot of content to consume while they wait.