Cereal lovers, rejoice! IHOP has unveiled a new selection of pancakes that are topped with a variety of cereals and sweet milk whipped cream. Starting now and running through April 12th, kids ages 12 and under can get a free children's menu entree (from 4 p.m. and 10 p.m.) with the purchase of an adult meal. The brand has also created a "cereal milk mousse" that tops every order. 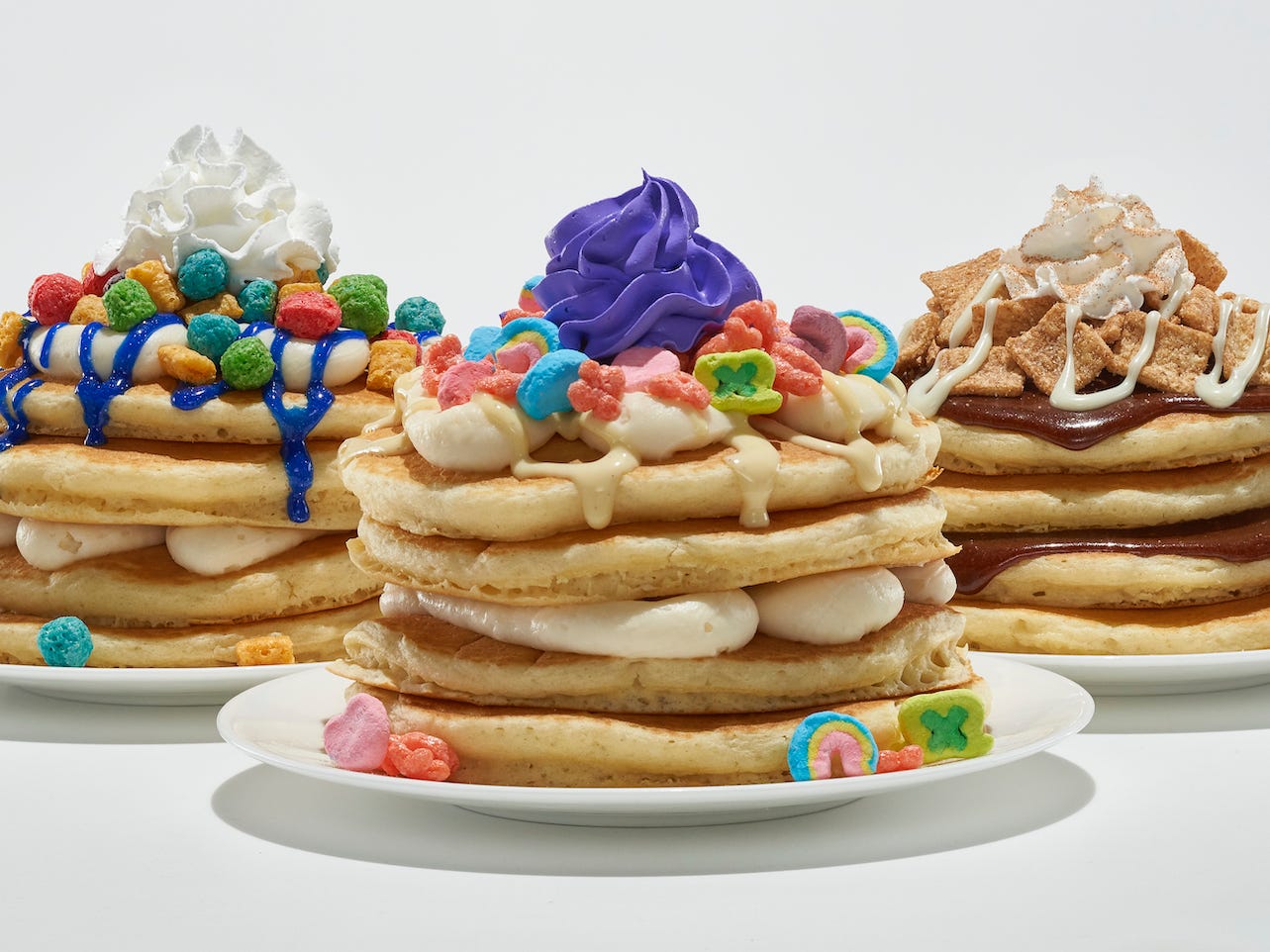 Visitors can get Cinnamon Toast Crunch, Crunch Berries, and Fruity Lucky Charms on top of their traditional pancakes as well as a milkshake of the same flavorings. All are topped with a signature mousse described as "a silky cream that tastes like the sweet milk that's leftover after eating a bowl of cereal." Those getting the Cinnamon Toast Pancakes can expect cinnamon spread, whipped topping, cream cheese icing, and cinnamon sugar. 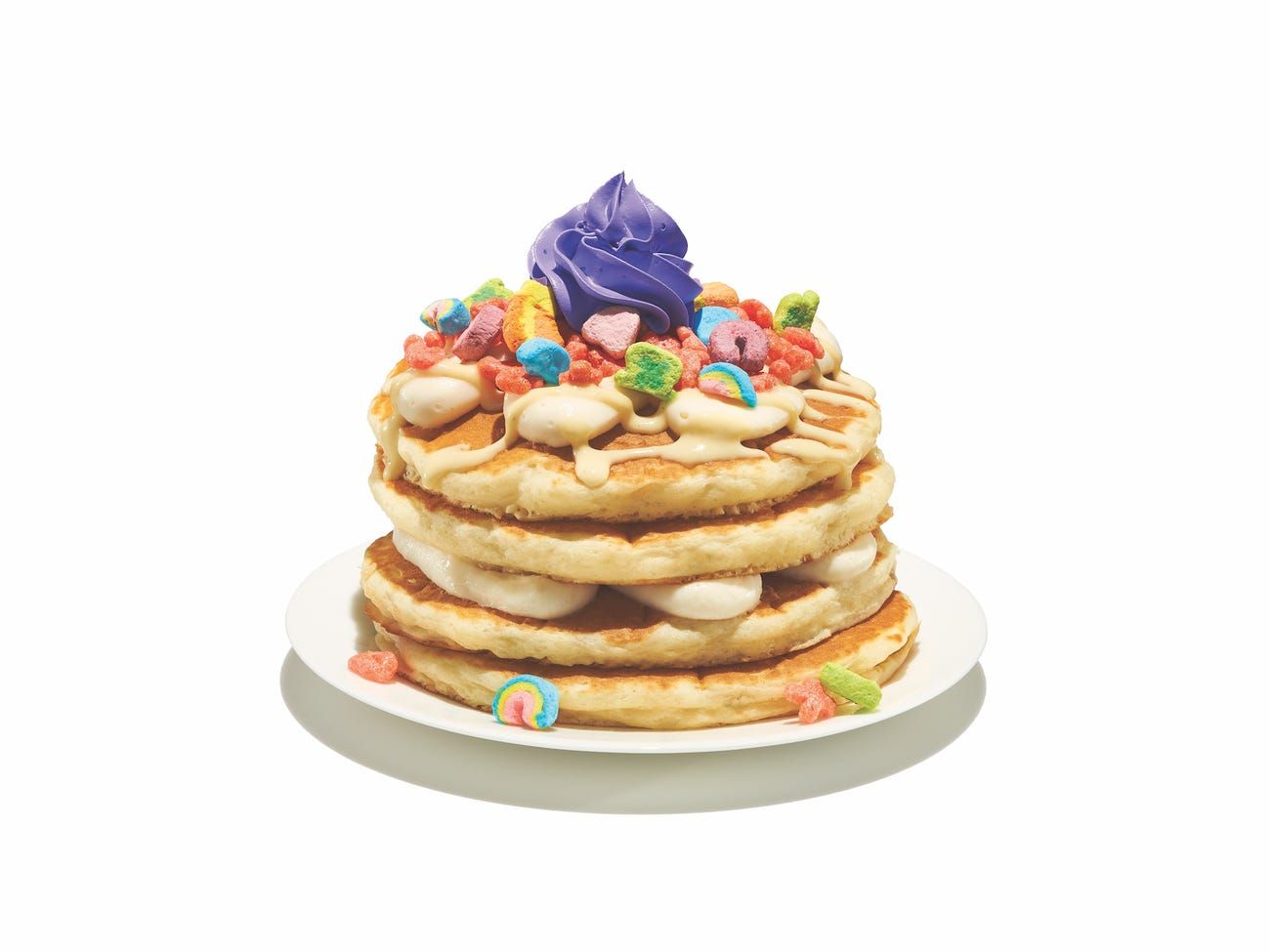 "Shortly after our test kitchen chefs first began playing with the idea of Cereal Pancakes, we served them to our guests in focus groups," said a press release from the breakfast food chain "and one of the main things they told us was that it made them feel nostalgic for those Saturday mornings watching cartoons and eating cereal when they were kids." This is only available for a limited time, so act now!