"Salt Bae" Opened a NYC Restuarant and It's Terrible

Back in January 2017, the internet met the Salt Bae, a new viral meme that showed Turkish chef Nusret Gökçe sprinkling salt on a flank steak. The extra flair in his seasoning made him instant success, and soon he was serving celebrities and politicians around the world. In November 2019, he opened a restaurant in New York City. Since the debut, the restaurant has received terrible reviews. 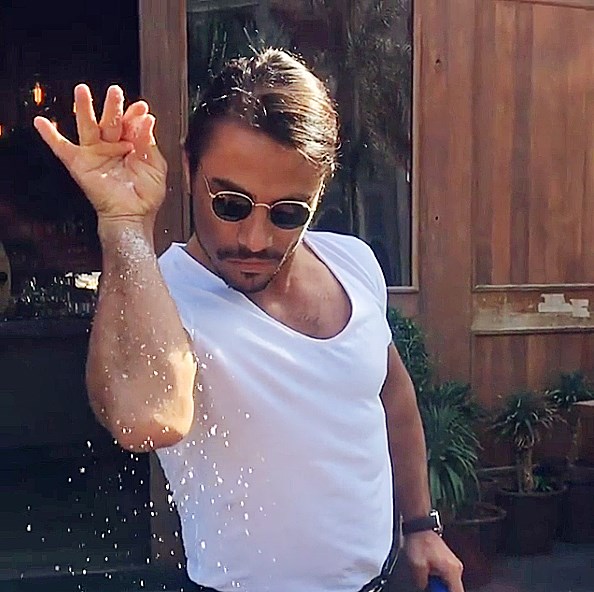 As food critic Scaachi Koul wrote "[T]he food doesn’t even taste bad. For food to be unpleasant, it has to taste like anything. Anything at all. But going to #SaltBae is not really about the food, even though finishing a meal there constitutes some kind of personal victory over your own body and instincts and mouth." Though this is Gökçe’s first US-based venture, he has opened other steakhouses, specifically the chain Nurs-Et. The restaurant serves options that reference his viral meme statuses, such as The Saltbae Baklava Shake, the Wet Burger, and the Saltbae Burger. Other options include truffle fries with garlic mayo, veggie burgers, and more. As one Yelp reviewer described the experience "OK, I understand that this is a restaurant based on a meme, which should be enough to stay away, but the experience I just had far surpassed how bad I ever imagined it could be." Salt Bae has not yet commented on the unpopularity of his new chain.