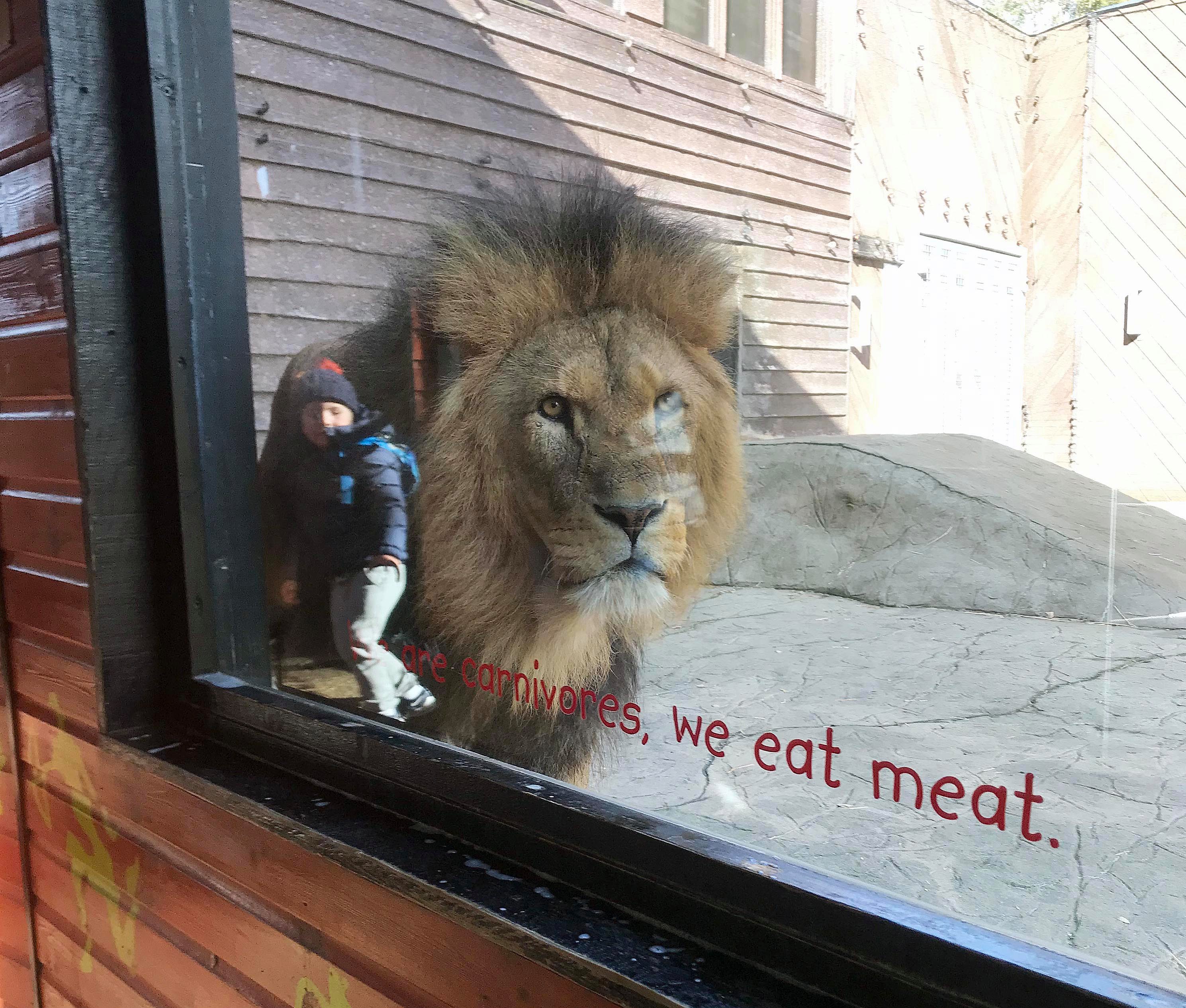 Young Noah Moore was captivated by a giant lion at the Colchester Zoo in Essex England—and when his mom snapped a photo of him inches away from the massive feline, her heart practically stopped beating.

28-year-old Shanice was snapping pictures of Noah as he excitedly peered up at Bailey the lion, who was lying against the glass. It was only later when Shanice and her partner Jake were heading back home that she stumbled across one photograph in particular...

The image shows Noah's reflection in the glass enclosure, which makes it appear as though the four-year-old was actually inside of the lion enclosure. 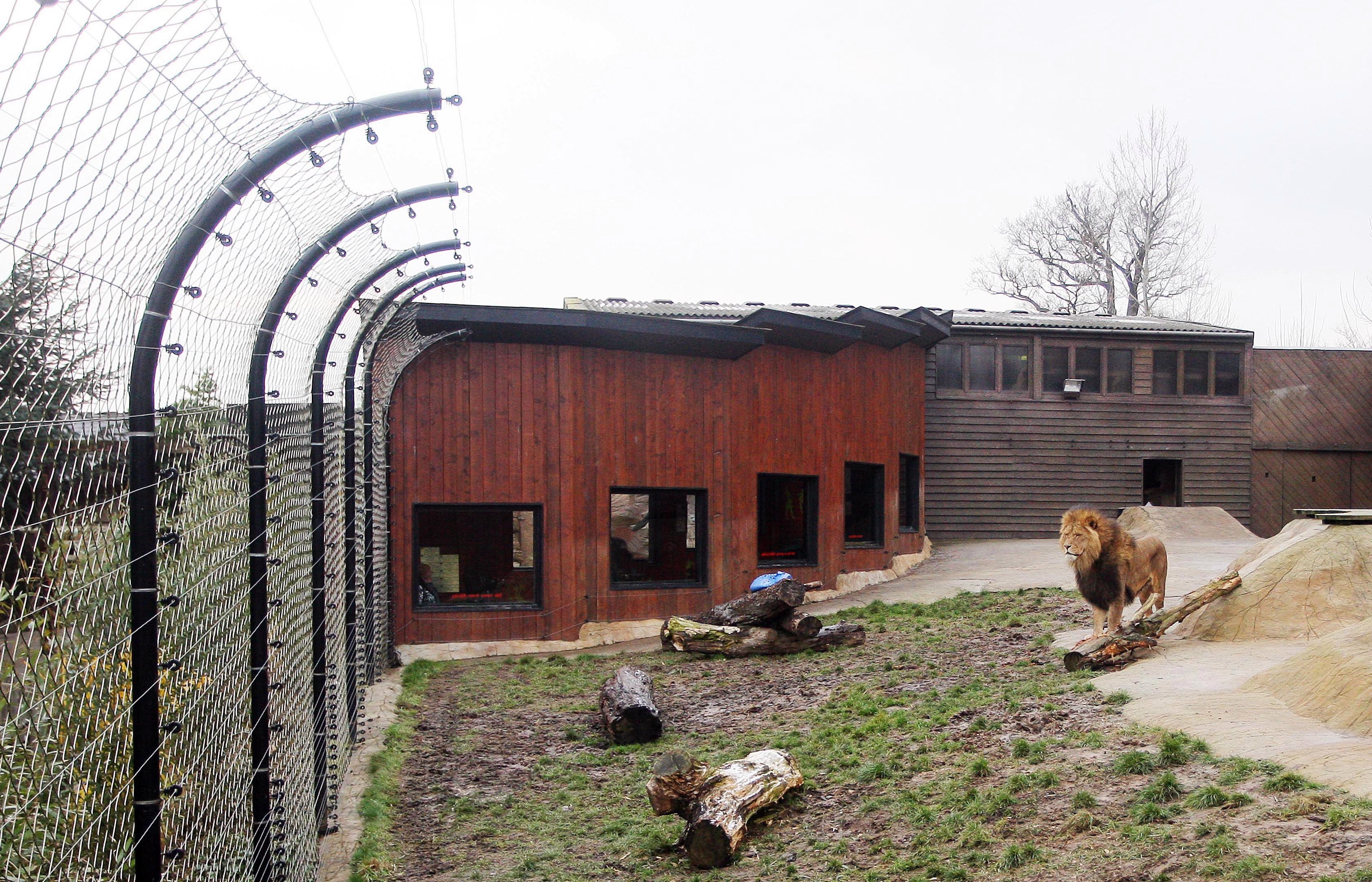 Hilariously, some picture-perfect words are written across the bottom of the glass dividing civilians from the carnivorous beast: "We eat meat."

"I just couldn't believe it when I saw the picture," said the shocked mother, who is expecting her second child next month. "I shared it on Facebook after I spotted it, and had people asking me whether I had done any Photoshop on it. But I'm rubbish with technology—I don't even think with Photoshop I could have done a better job than what I did.

"The zoo said it's quite rare for that particular lion to come up right to the window like that," she continued. "It was awesome."

The day was extra special indeed for Shanice's autistic son, who reacted with glee when he first saw Bailey.