Becoming a viral meme could be a blessing or a curse. No one goes onto the internet with the intention of becoming a meme, so when it happens, it's a bit stressful. Celebrities are commonly the butt of a meme. This time, it was Emma Roberts.

The American Horror Story and Scream Queens star posted a video of herself enjoying the beach and bopping along to Lana Del Rey's "Happiness is a Butterfly" from the 2019 album Norman F-cking Rockwell! as it played in the background. It was a little cringe upon first glance, but it quickly fell into the wrong hands and became a meme.

him: ‘babe why does my phone say it’s locked for 24 hours?’
me: pic.twitter.com/YFHEtqaBMu

me looking at myself on teams before everybody else logs into the meeting pic.twitter.com/o9AtdctUpw

Me after someone repeats themselves for the 3rd time and I still don’t hear what they said pic.twitter.com/9EI9sadWls

This isn't Roberts' first rodeo. She's been a few memes before, so she knows how it goes. Luckily, she was able to take it like a champ.

"Thank you gays and whoever else," she wrote in an Instagram story. At least she's happy for the attention! 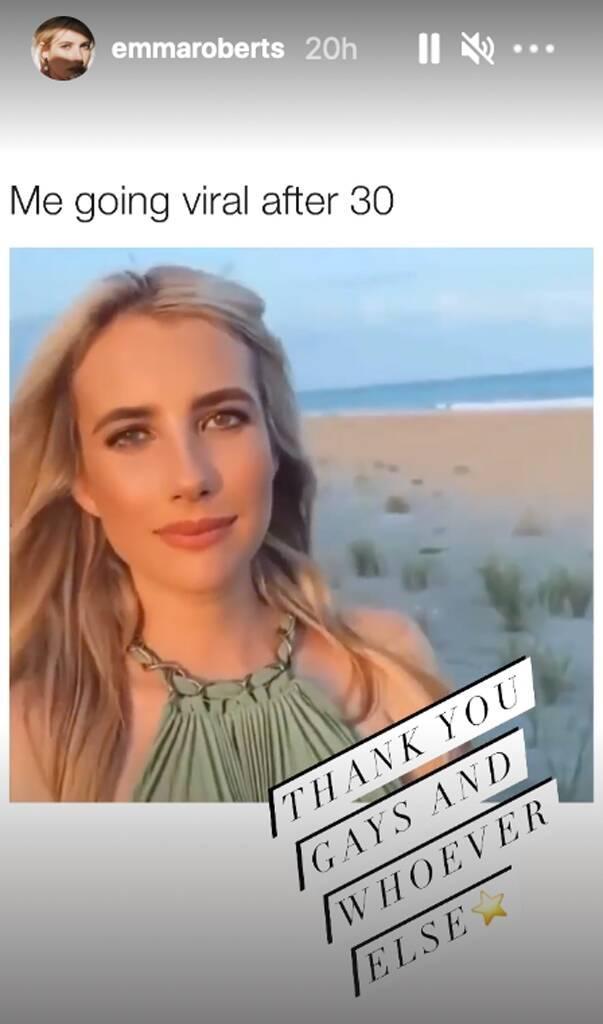 Roberts recently became a mother to her son, Rhodes, in December of 2020. Sources have said that she is very happy and a "natural" at being a mother. Obviously, the meme queen has her hands full so she isn't as active as she used to be in the filming world.