Dakota Johnson and Ellen Have the Most Uncomfortable Interview Ever

Dakota Johnson visited Ellen Degeneres' talk show this past week. The two chatted about Johnson's upcoming movie Peanut Butter Falcon, but things got a little awkward when the conversation shifted to Dakota's recent 30th birthday party in Malibu. Ellen asked the star why she wasn't invited to Johnson's party, and Johnson was not going to let Ellen paint her as the forgetful friend.

"How was the party? I wasn't invited." Degeneres joked, but Johnson hit her with a quick rebuttal saying "Actually, no, that's not the truth, Ellen." Johnson explained that Ellen had been invited since she had given her a hard time about it for her 29th birthday. She made sure to include Ellen this year.  After asking around, Ellen realized that she actually had been invited to the big day. 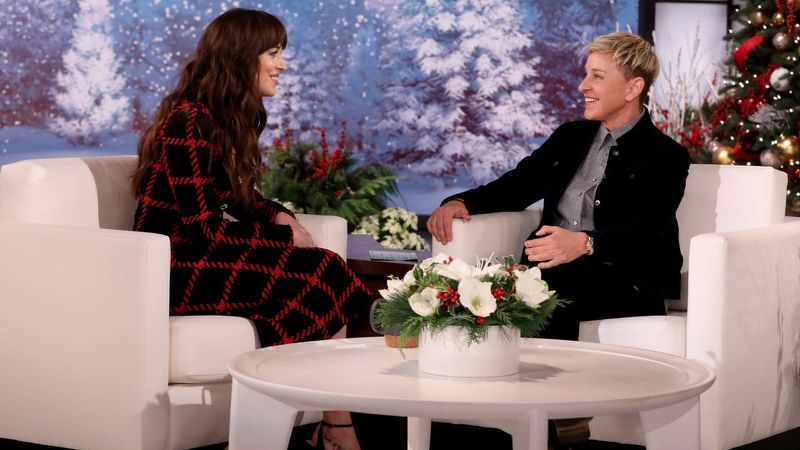 "Ask everybody. Ask Jonathan, your producer, who says you were," said Johnson. Ellen's producer validated the claim, saying she was out of town and was therefore unable to attend. Some internet sleuths tie Ellen that weekend to visiting former President George Bush, for which she had received heavy backlash. Nevertheless, Ellen expressed a belated thank you for the invite. Maybe she'll be at next year's big bash!