Did you know that Coldplay singer Chris Martin and 50 Shades of Grey actor Dakota Johnson are dating? You do now!

The couple has been vocally private about their relationship. So much so that most people neglect to realize that they've been together for five years. Both of them have spoken about the other in passing but have always been adamant about keeping things to themselves. 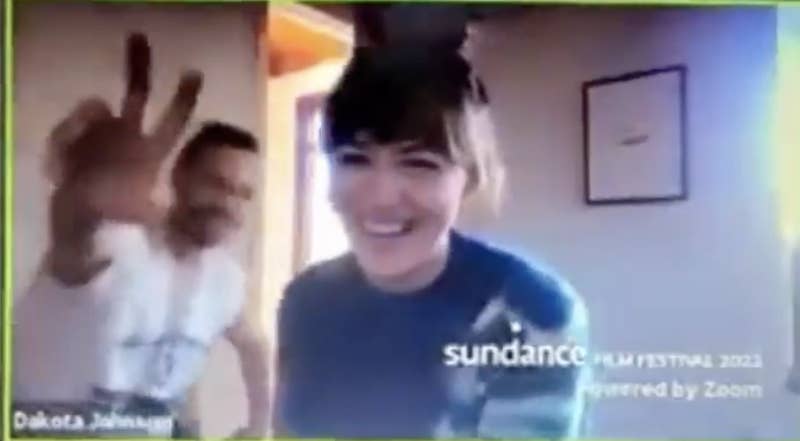 Well, things had to change for the couple when Johnson was on a Zoom Q&A for her film Cha Cha Real Smooth. Martin had to swoop in to save the day while Johnson floundered with the technology.

He was able to figure it out within 10 seconds before literally peacing out of the room. Johnson couldn't contain her giggles, probably realizing that people were going to hop onto this rare look into their relationship paired with the fact that she was struggling with someone Martin fixed in a few seconds.

Martin was famously married to actor Gwenyth Paltrow for 11 years before their split in 2014. Paltrow is an obvious and outspoken fan of Johnson, even going as far as wishing her a happy birthday on her Instagram. Paltrow is now married to Brad Falchuck, with who Martin is also buddies.

Everyone is entitled to their privacy, but this tiny look into their relationship is to die for!