Chris Martin appeared on the Ellen show last week and told the hilarious story of how he got snubbed by Hollywood couple and A Quiet Place stars Emily Blunt and John Krasinski. After a commercial break where an advertisement for A Quiet Place II ran, Martin said "May I tell you a story? I know we didn’t tell your researchers about this, but I didn’t know you were going to play that trailer."

Apparently, Martin had quote the idea for the second film that the couple never saw. "When A Quiet Place came out, I had an idea for a joke afterward," he said, "And so I sent Emily Blunt and her husband this idea for the musical of A Quiet Place and it was just me like that [motions playing the piano] and they never replied. So every time I see that trailer, it makes me feel sick." 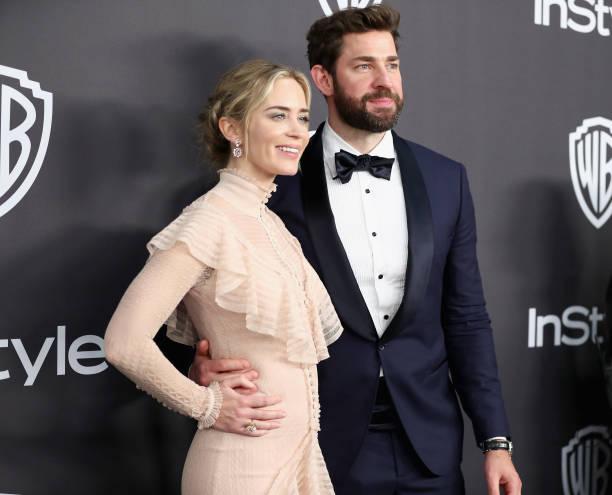 "I thought, Oh no, they must have thought I was taking the mickey. I wasn’t. I loved the film! I never heard back." Ellen assured him that he would hear back now, and she was right! Krasinski responded on Instagram saying "I...did not get an email from Chris Martin. The man is a world treasure. Are you kidding me?! Emily what have you done?!!?" Nick Jonas apparently also sent an email to no reply. Guess we won't see either of these stars in the final film!