With 90 guests trapped in the hotel with him as floodwaters rose, Satchel cared for the guests and in his words “just did his job.” Taking care of the 90 guests meant answering phones, cooking, doing dishes, and washing laundry all by himself. 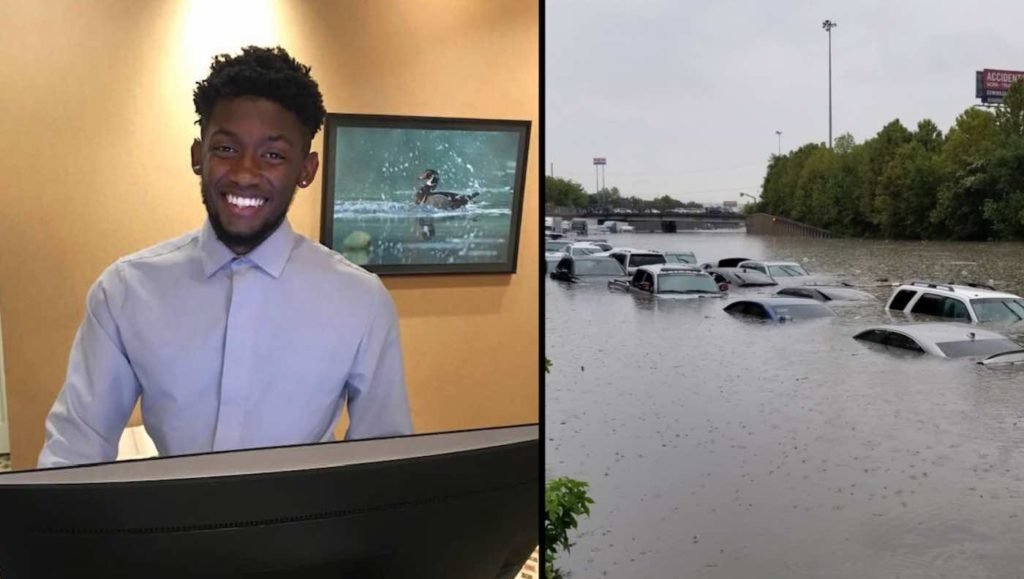 Due to the flooding, Satchel lost his car, but because of his efforts during that long solo shift, city officials surprised the 21-year-old with a 2013 Honda Hybrid during an event to honor him.

“I mean it was a bit unexpected–overwhelming!” he said. “I mean I don’t expect anything for what I did.”