When Coy Featherston appeared on the front page of American Statesman with his grocery cart of belongings, it was the first time high school friends of his had seen his face since 1971.

Now, his old classmates are rallying behind him to get him out of homelessness. 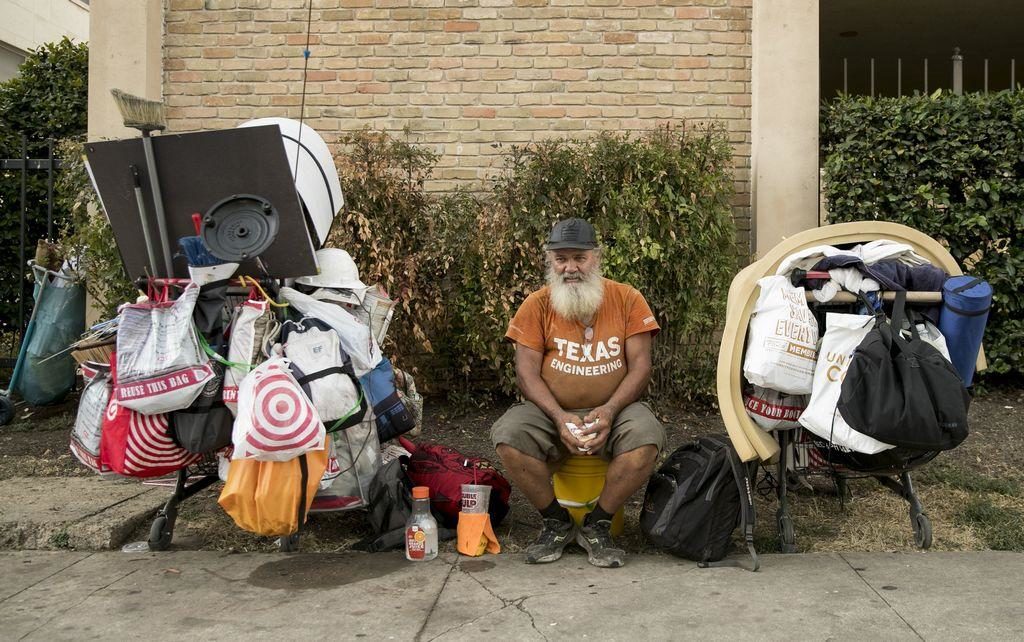 Coy Featherston was a popular guy in high school. He was voted “Best All-Around Guy” in his yearbook and played football and baseball. He went to college on a football scholarship and then worked for 15 years as a stagehand for Frank Zappa. But when his brother was killed 20 years ago, Coy was laid off from work and lost his apartment and had no choice but to take to the streets.

His luck changed, though, when he appeared on the front page of American Statesman for an article about homeless camping in Austin, Texas. An old friend, Leea Mechling, was shocked to see him in the article and hopped in her car to find Featherson. 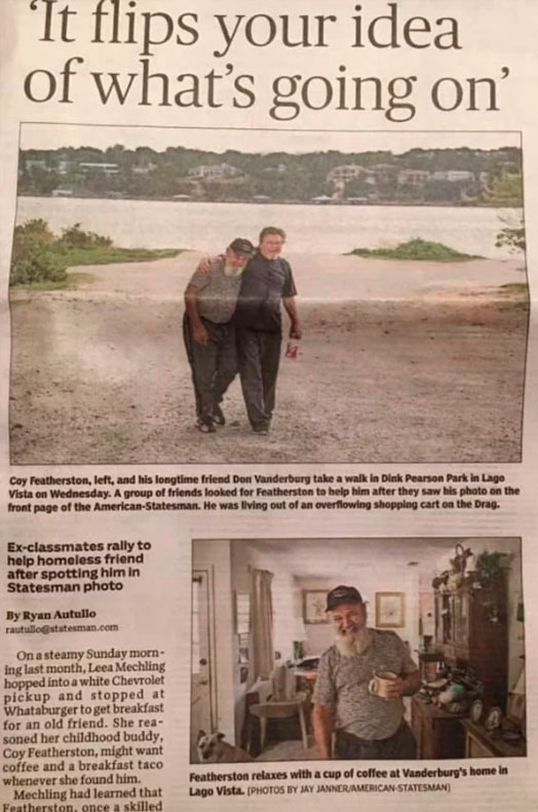 She found him four days later and took him to another friends’ place where he slept on a mattress for the first time in 20 years. His old friends have gotten him new clothes and shoes, helped him sign up for social security benefits, and launched a GoFundMe page to help him secure permanent housing.

“Coy is a smart guy with a real gift for art and music,” wrote Patrick Judd who set up the GoFundMe page. “What we’re doing here is to show him he’s still deep in our heart of heartsâ€¦ always.”