The Most Creative and Wacky Ways People Have Quit Their Jobs

What's the best way to quit your job? Maybe a formal resignation letter would be best, or you could talk to your boss over a cup of coffee! You could even write out a sentence or two about why you hate your job on a piece of toilet paper and leave it in your boss's lunch... There are so many different ways to quit your job, it just depends on how brave you're feeling.

Some of these people decided that they'd had enough and up and left their jobs. Some of them loved their job and left in creative ways, while others hated their job so much that they left in the middle of their shift leaving nothing but a vulgar note behind... 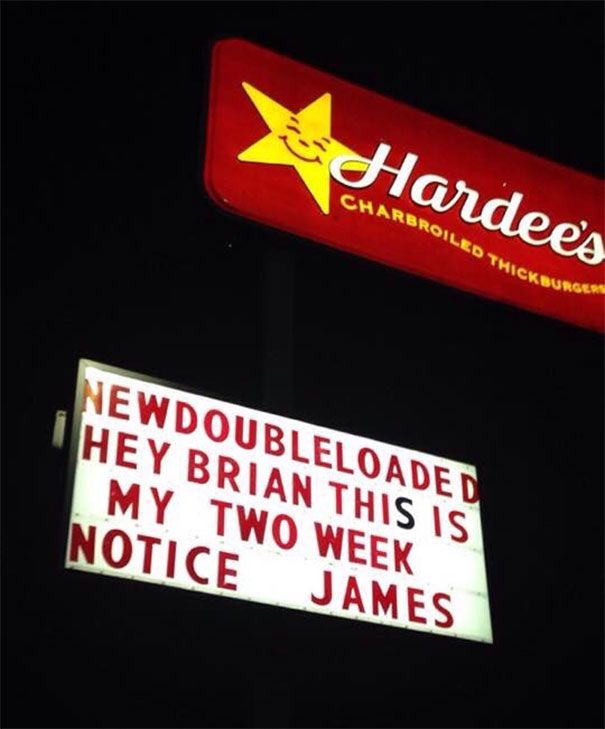 Some people are much more advanced than the job that they're at... James was one of those people. Honestly, depending on the job, he could use this in his resume. "Creative problem solving that leads to interesting and eye-catching solutions." You go, James.

One Last Kick in the Butt 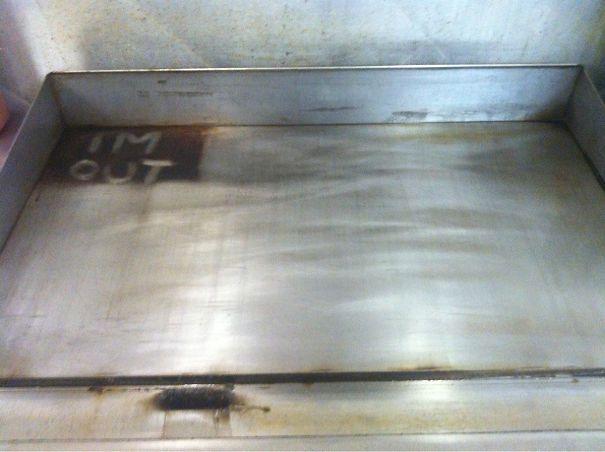 The late nights of scraping the griddle clean must have gotten to this person. At least they did most of the work before leaving just a little bit left for one last goodbye. The food service industry is hard, so I don't blame them for leaving in this manner. It's still pretty funny!