Saskia Chiesa, a Dutch-raised immigrant from the Netherlands and founder of the Los Angeles Guinea Pig Rescue is currently housing around 400 guinea pigs. The rescue offers free health checks, nail clipping services, and advice for owners.

‘People ask me sometimes, ‘Is there a special way that you talk with the guinea pigs?’ To be honest, I don’t even know. I can read them really well. I can tell what frame of mind they are in. I just kind of instinctively know how to approach them,” Chiesa told Animalism. 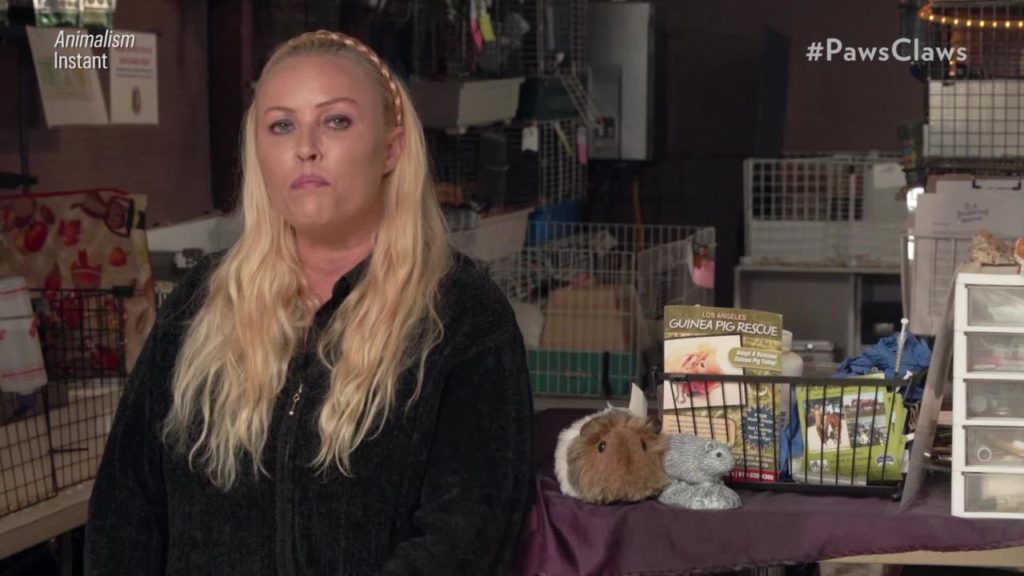 She understands how the guinea pigs communicate to humans when they want to eat. She says they make a sound like “week week” not for other pigs, but to let humans know they would like more food.

Recently Chiesa was called by animal control to rescue somewhere around 150 guinea pigs. She was so shocked and could literally hear them from the street. What she thought was 150, was really somewhere around 700, and,Â  she says, “they were all having babies so every day that number grew.”

Her rescue was able to take around 400 females, but most were pregnant. For about two months after the rescue, babies were being born every single day, “the total amounts swelled to about 1100,” Chiesa said.

Chiesa is working hard to find homes for all of the animals describing them as affectionate and loving.