When Graziella Puleo picked up her dog, a Goldendoodle named Lola, from a grooming appointment, her jaw dropped at the sight of her.

Lola was dropped at the groomer for a simple grooming appointment: nail trim, hair cut, and teeth cleaning, instead, Lola looked like a circus clown. 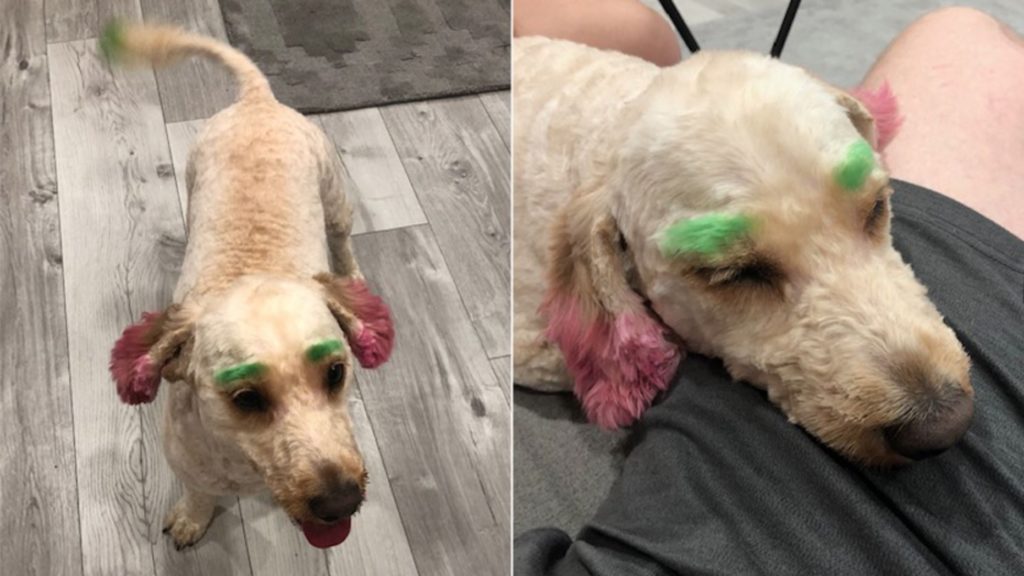 When she picked Lola up, her teeth weren’t cleaned, nails weren’t trimmed, and the groomer had shaved off the dog’s eyebrows and replaced them with green-dyed brows. Lola’s belly was also pink, but not from being dyed, but from an infection festering in an open wound. Puleo had to take Lola for veterinary care to treat her infection.

The owner of the dog spa, Raquel Adams, said, “We beautify the dogâ€¦ If we see it’s missing something, we do color, sometimes, the dog,” she said. “We did wrong about the color. We should have offered her first.” 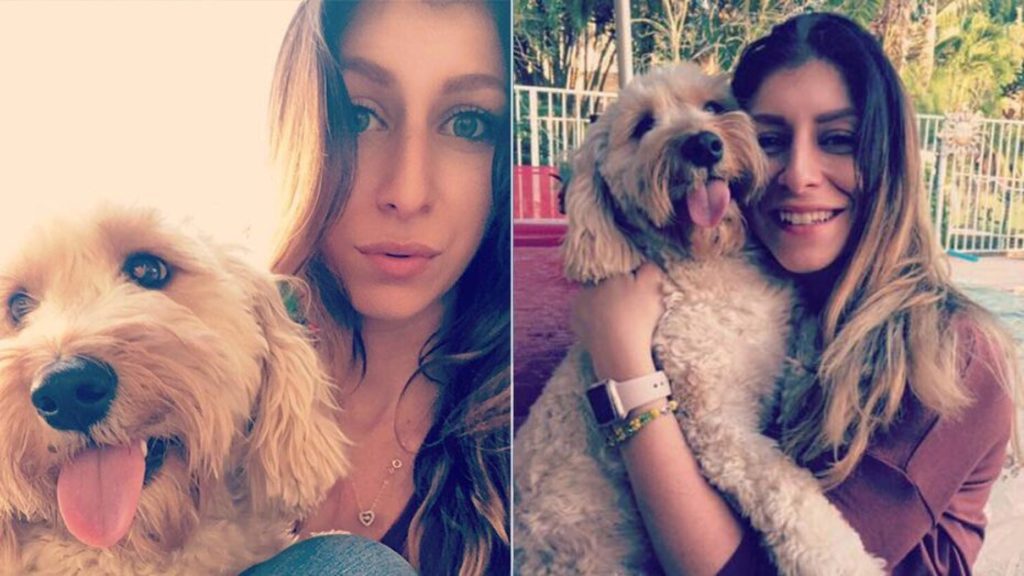 Needless to say, Puleo was not happy. “She looks like you painted on her and were trying to turn her into a clown,” she told The Palm Beach Post.

Puleo was refunded for the grooming services she had paid for and Adams has offered complimentary services in the future.