A California doggo bit off more than he could chew last week.

Firefighters in Tracy, California were called to rescue a dog that was stuck in a tree. You read that right, a dog. 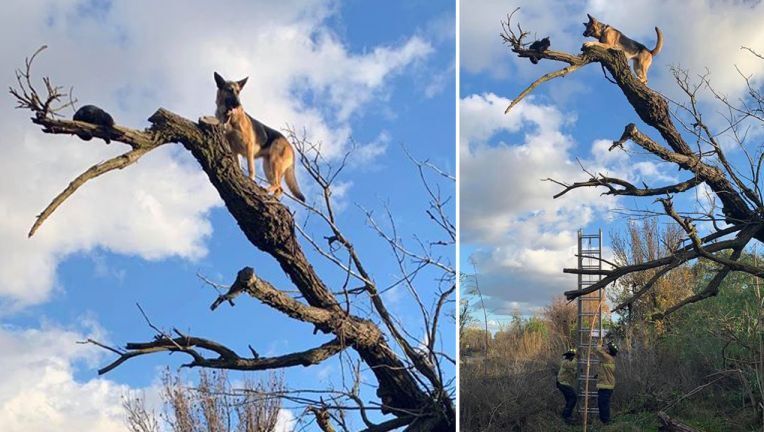 The dog's owner, Sharon Thurston, called 9-1-1 after her German Shepherd, Baby, took off after a spotting a cat while out on a walk. When she caught up with Baby, Thurston realized the dog had got herself into quite a precarious position.

Baby was really committed to catching this cat, and ran right up a large tree to chase after it.

“And I looked up and was like, ‘Oh my gosh, she's going to fall,’” Thurston recalled.

The firefighters couldn't believe it. When they arrived at the scene, there atop a large tree, was a full-grown German Shepherd perched on a limb, with a cat perched three feet from her.

“We were able to get the ladder up there and I made my way up and I was able to grab the dog's leash right away, which was actually tangled up on a limb,” Ortiz said.

As soon as Baby was rescued, the menacing cat casually jumped down with ease.