A baseball-themed gender reveal party in California didn’t quite go as planned this weekend. When Dad didn’t seem to like Mom’s pitch, the ball continued past him and hit grandpa-to-be square in the face.

“We wanted to do something a little special to tell everyone at the same time,” expectant mother Brittany McCauley told People. “We didn’t know the gender ourselves, so it was a surprise for everyone.”

A special and memorable moment it was, and not quite in the way they expected. Dad-to-be, Max McCauley, was supposed to hit the ball which would then erupt in a cloud of pink or blue smoke to reveal the babies sex.

Instead of swinging for the fence, he instinctively took the pitch, and it burst dramatically on his Dad’s face like an explosion in a cartoon. 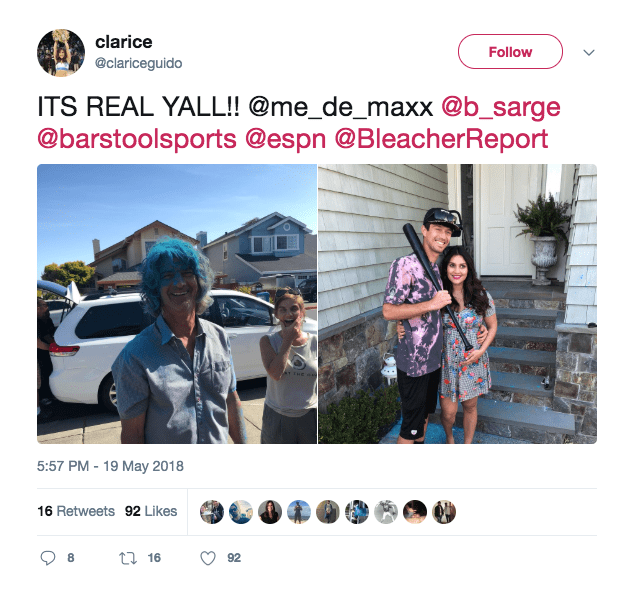 The story has since gone viral,Â having been shared by the MLB, Bardown, and Bleacher Report.Â Here’s hoping this kid has more coordination than his parents.