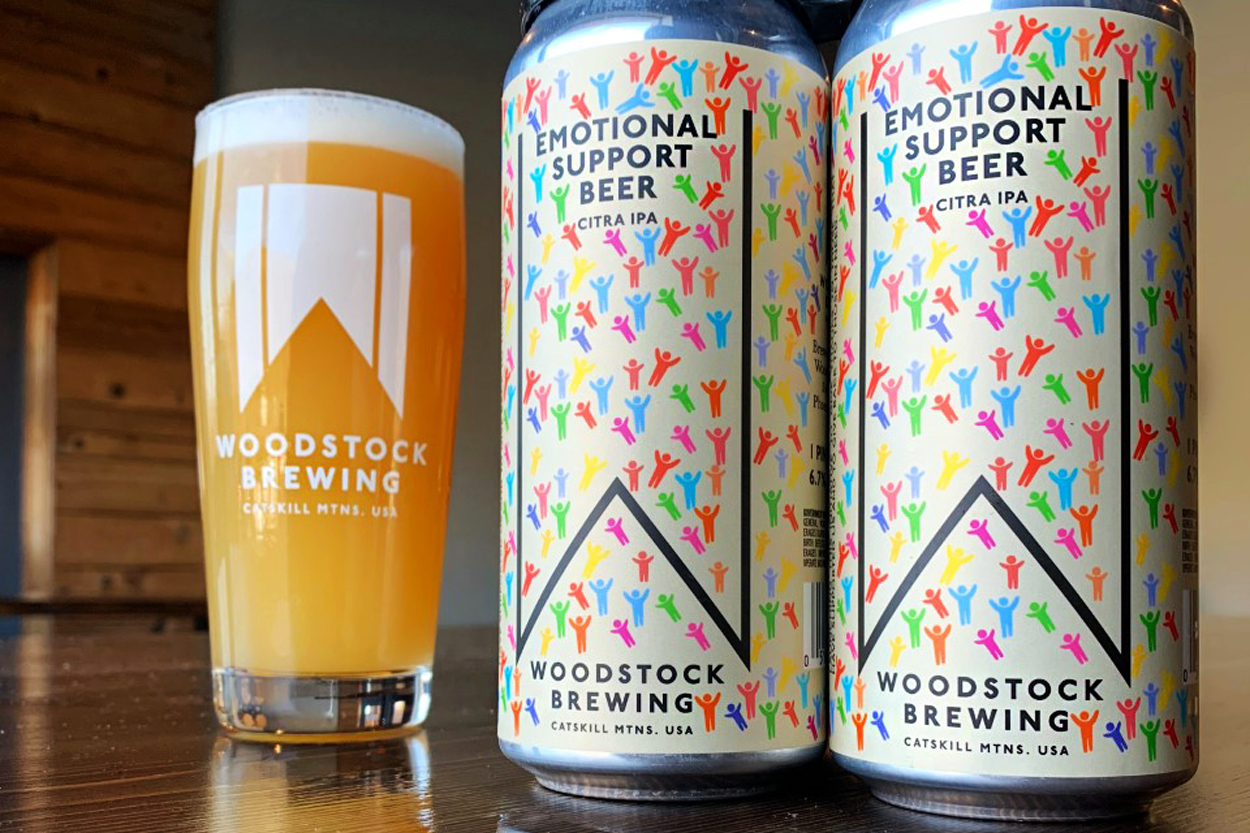 The rules for emotional support animals have been controversial in recent years. In a humorous effort to take a beer with him on the bus, Brooklyn resident Floyd Hayes registered his favorite IPA as an "Emotional Support Beer."

The story went viral, and it seemed as though that would be the end of the joke—until it wasn't. Hayes had bigger plans for the prank and teamed up with New York's Woodstock Brewing. Now, 16-ounce cans of Emotional Support Beer are available for consumption.

Fortunately, a portion of the proceeds raised from the four-packs will go to Operation at Ease, a nonprofit that pairs shelter dogs with veterans and first-responders to help them cope with PTSD. "It was all a bit strange. I made it clear on radio interviews that my stance is that if the support animal in question makes someone feel good and doesn't bother others, then all power to you," said Hayes. "I always have and always will be a supporter of animal shelters and groups, as well as mental health issues, so it was really pleasing to be able to donate to Operation at Ease."

The beer itself is an "unfiltered IPA with Citra hops," meaning that people can "expect a nice juicy smack of citrus, passion fruit, and mango."

Although the drink has already sold out at the brewery, Woodstock's co-owner Rick Shobin confirmed that Emotional Support Beer is here to stay. "It will be repeated yearly and possibly more than once a year," he said.