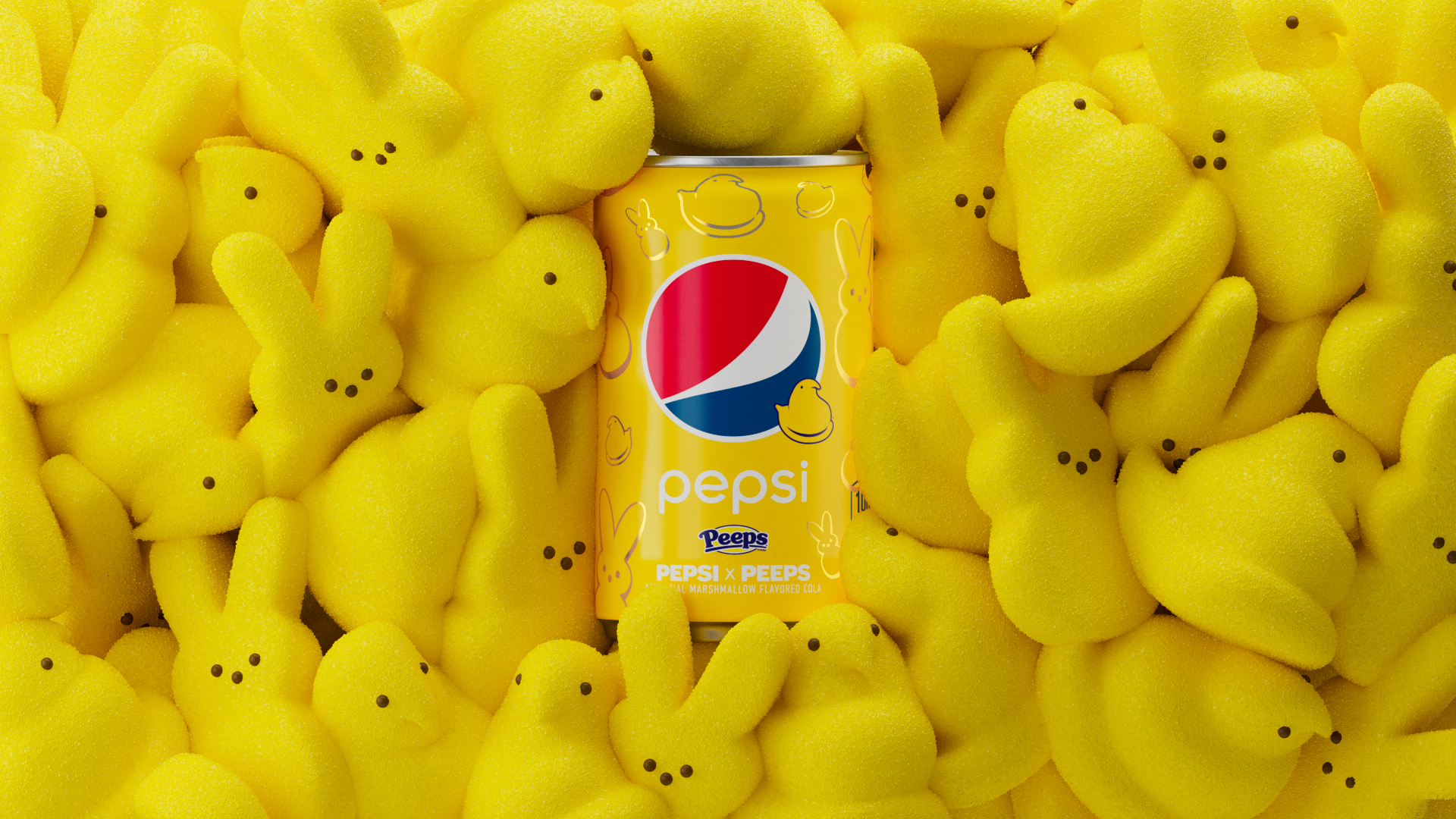 Spring is in the air, as evidenced by the latest Peeps product.

Peeps have partnered with none other than Pepsi to create Marshmallow Cola. The marshmallow-flavored beverage comes in a pack of 7.5-ounce blue, pink, and yellow cans.

"After what has been a very difficult year, many consumers are looking for new things to smile about," said Todd Kaplan, Pepsi's Vice President of Marketing. "So, to celebrate the start of springtime, Pepsi collaborated with PEEPS to develop a limited batch of its first-ever marshmallow cola." 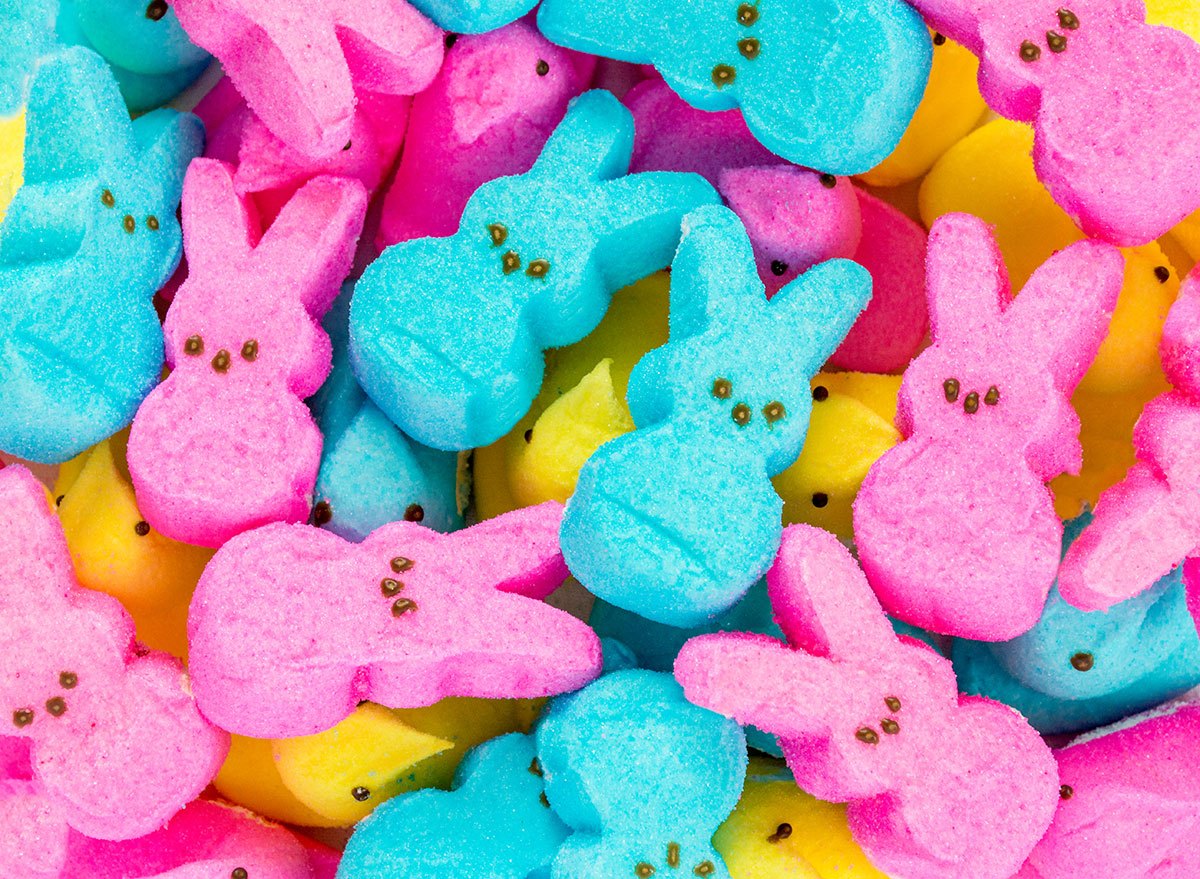 Unfortunately, the collaboration won't be in stores for general consumption—but fans will be able to enter the online #HangingWithMyPeeps sweepstakes starting Thursday to win a pack of the soda.

Until March 31, fans will be able to post pictures of themselves on social media "enjoying their favorite springtime activities—in a safe, socially distant manner," tagging the images #HagingWithMyPEEPS and #PepsiSweepstakes in their post in order to be considered.

Ten grand-prize winners will be gifted "an epic collector's package of PEPSI x PEEPS," which includes special-edition three-packs of the soda. 3,160 first prizes will also be awarded.