Alexandra Crisham and Dylan Johnson recently tied the knot in October of 2019. The couple met at a work event in 2013, and from there, it was fate. The couple's wedding was pretty cheesy in more ways than one. Neither of them like sweets very much, so instead of a traditional wedding cake, they shared a cheese selection with their friends and family. "Neither of us likes cake, and we are both obsessed with cheese. It seemed like the logical thing to do!" said the couple. 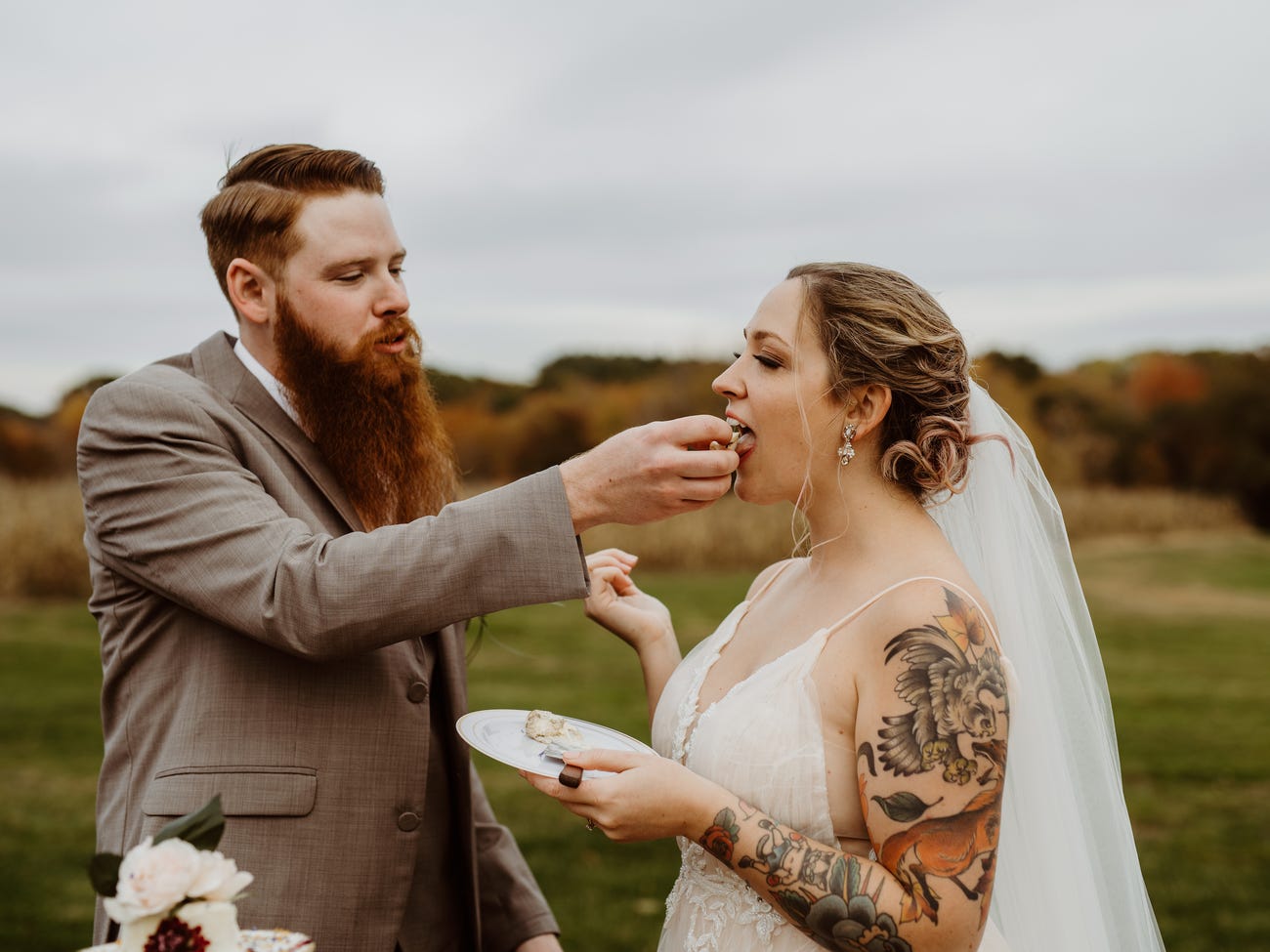 The four-tier cake had four different types of cheese. On the bottom there was Alp Blossom cheese, the second was brie called Delice de Bourgogne, the third was Truffle Tremor, and the fourth was Bijou, a cheese only made in Vermont. It also came decorated like a wedding cake and a selection of meats and wine to accompany the flavors. It was made by Di Bruno Bros in Massachusetts. 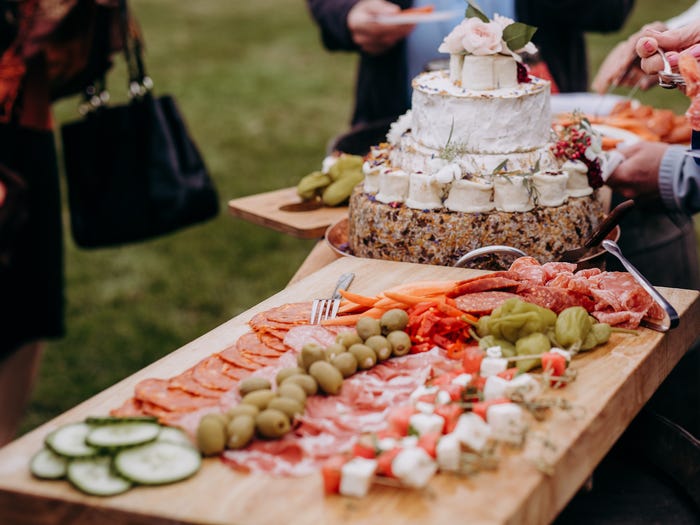 It wasn't all gouda, according to Crisham. "Unfortunately for us, people attacked it immediately, so I think I only got one piece of prosciutto," she said. The cake only cost the couple $540. "The Alp Blossom took up about half of that cost," she also clarified. So others who want a cheese cake could make a cheaper version with more accessible cheeses. 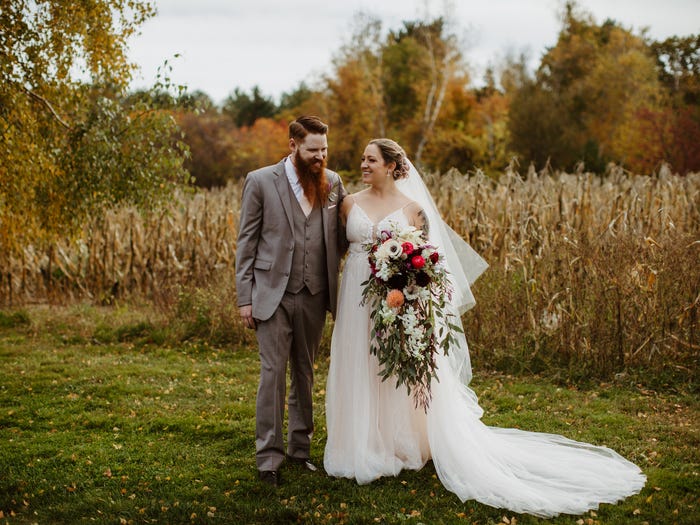 Guests with a sweet tooth were served donuts from The Angry Donut in Newburyport, Massachusetts. "Nobody was upset that they didn't get a proper dessert course," said Crisham, "You and your partner's opinions are the only ones that matter when it comes to your day[...] Focus on what really matters: cheese."