Wayne Coyne is no stranger to the bubble. At Coachella 2004, the frontman for the Flaming Lips stepped inside of a giant plastic bubble and had his roadies toss him into the crowd like a human beachball. It may have been an iconic moment in Coachella's history, but it also served as an instrumental tool for safer concertgoing experiences during COVID-19.

"I couldn't really tell anybody I was doing that, because back then, people wouldn't let you do stuff. Now promoters want us to do it and beg us to do it, but back then, no one would have let do it. So I said, 'I'm just going to do it,'" he said. 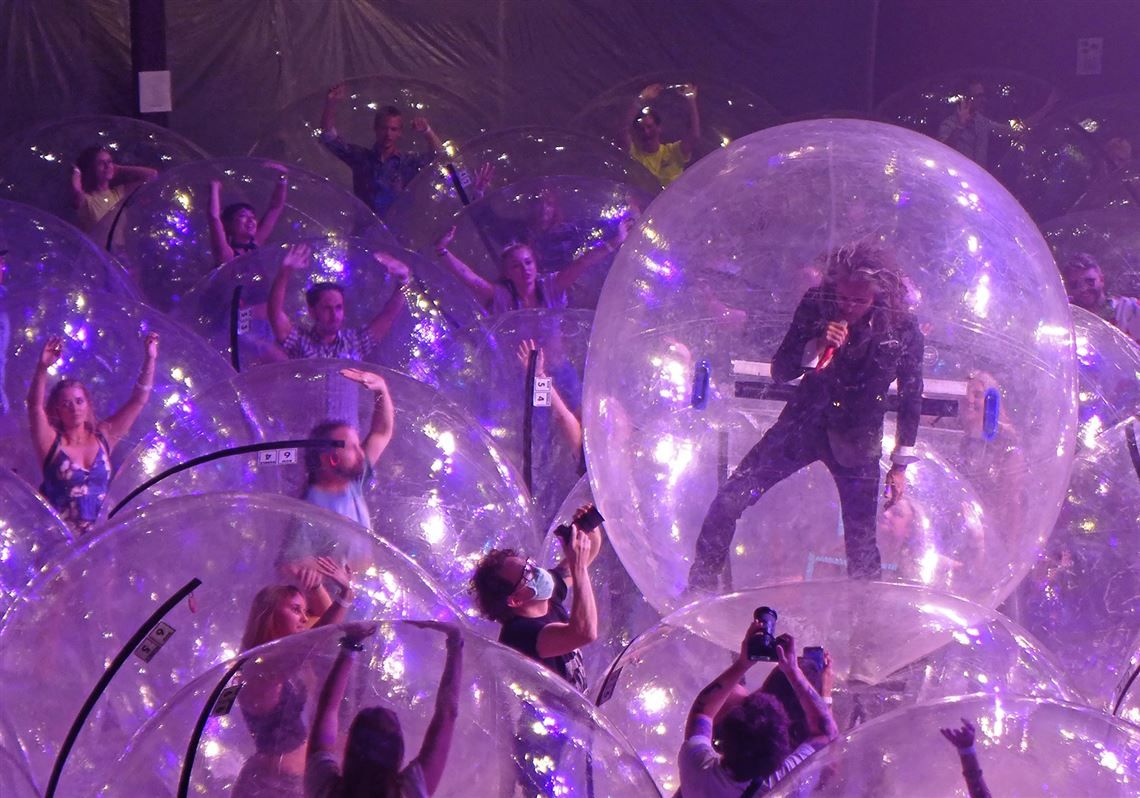 On January 22 and 23, the Flaming Lips will play two sold-out Space Bubble Concerts at the Criterion club in their native Oklahoma City—except Coyne won't be the only one in a bubble. Every member of the audience will be sealed inside of individual spheres as well.

"There is a lot of condensation because it gets hot in there and stuff, but it doesn't ever really run out of air," Coyne said. "I imagine after a couple of hours, it might, with three people huffing and puffing, but what we plan on doing is every 20 minutes or so we'll check on the bubbles, especially the ones that have three people and the ones that are particularly sweaty." 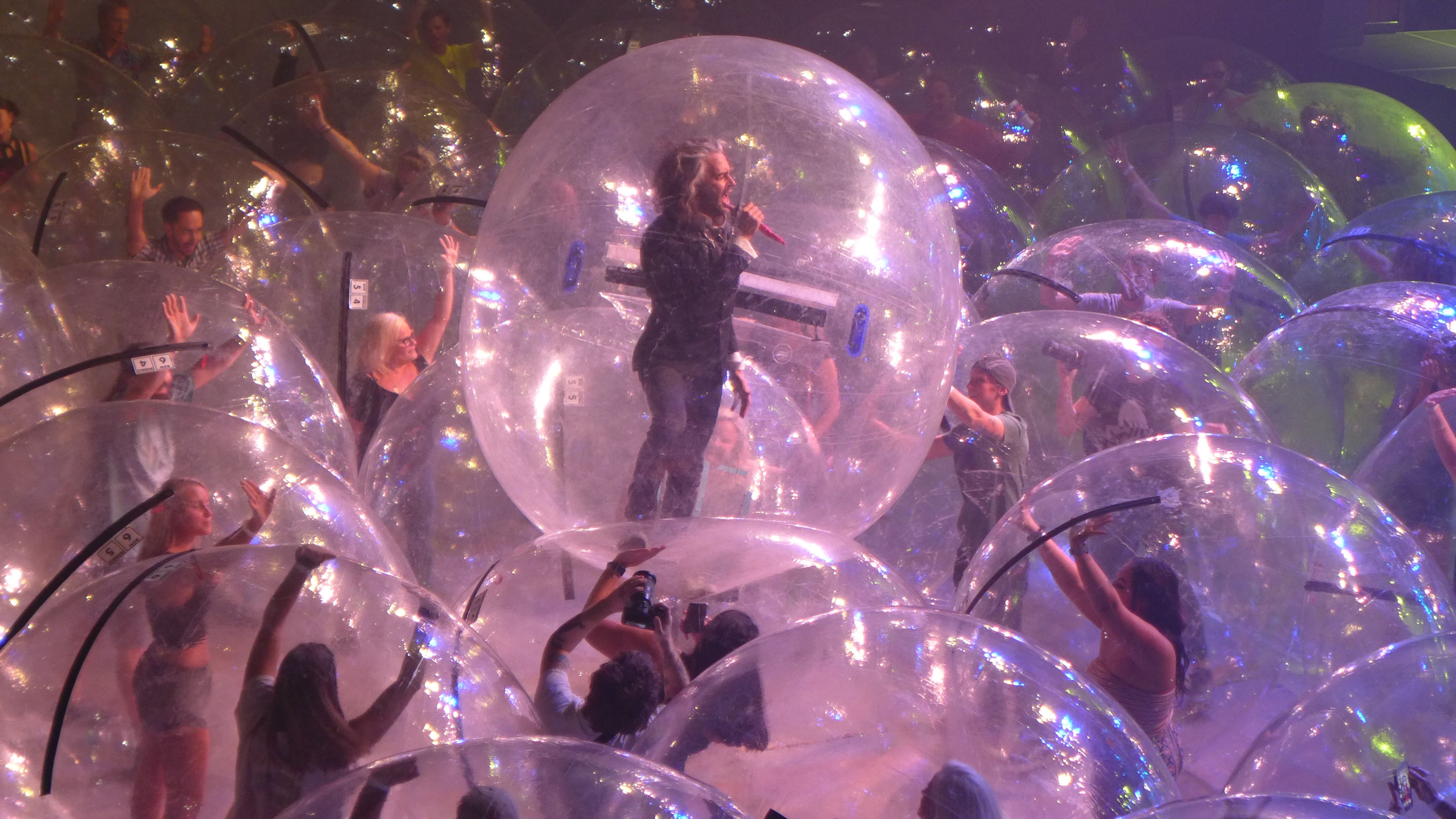 The band will be sanitizing each of the 100 reusable bubbles with the "COVID Sanitizing Fogger," and audience members will be taking staggered, socially distanced bathroom breaks.

"I would say these types of shows are safer than going to the grocery store—if only because some people at the grocery store don't think that the virus is very hazardous," he said. "But if you're in a space bubble at our show, whether or not you believe [the coronavirus] is real, whether you believe it's the worst thing in the world, it doesn't matter—you're in a space bubble, so you can't affect anybody else in the way that you would [elsewhere]."