The two fishermen set out early in the morning for what they thought would be a normal day. Not long into their day, though, they spotted something terrifying. Originally, they thought it was a shark, but as they got closer they realized this was it–they had found the Zhoushan Shadowâ€¦ 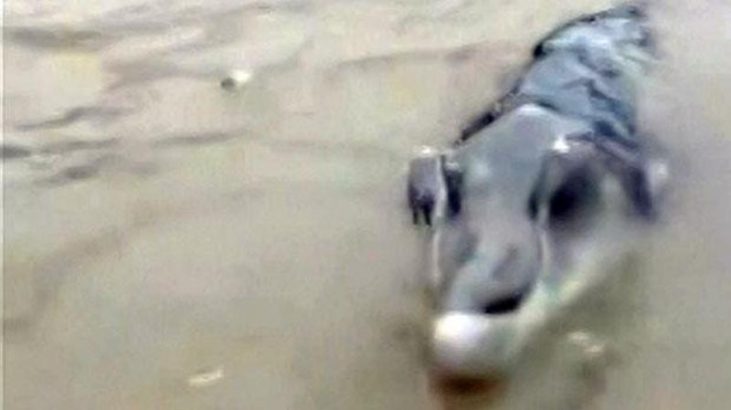 Cautiously, they crept closer. One of the men grabbed his phone to record the beast. They had no idea what they were dealing with and they were surely frightened, but they were making history…