A family in Scottsdale, AZ had quite a scare last weekend when they discovered their French bulldog, Bruce, was stuck in the burrow of their 15-year-old tortoise, Bianca. When they couldn't find Bruce in the house and had filed a police report for their lost pooch, they went into the backyard and heard his fearful barks coming from inside the tortoise's burrow. 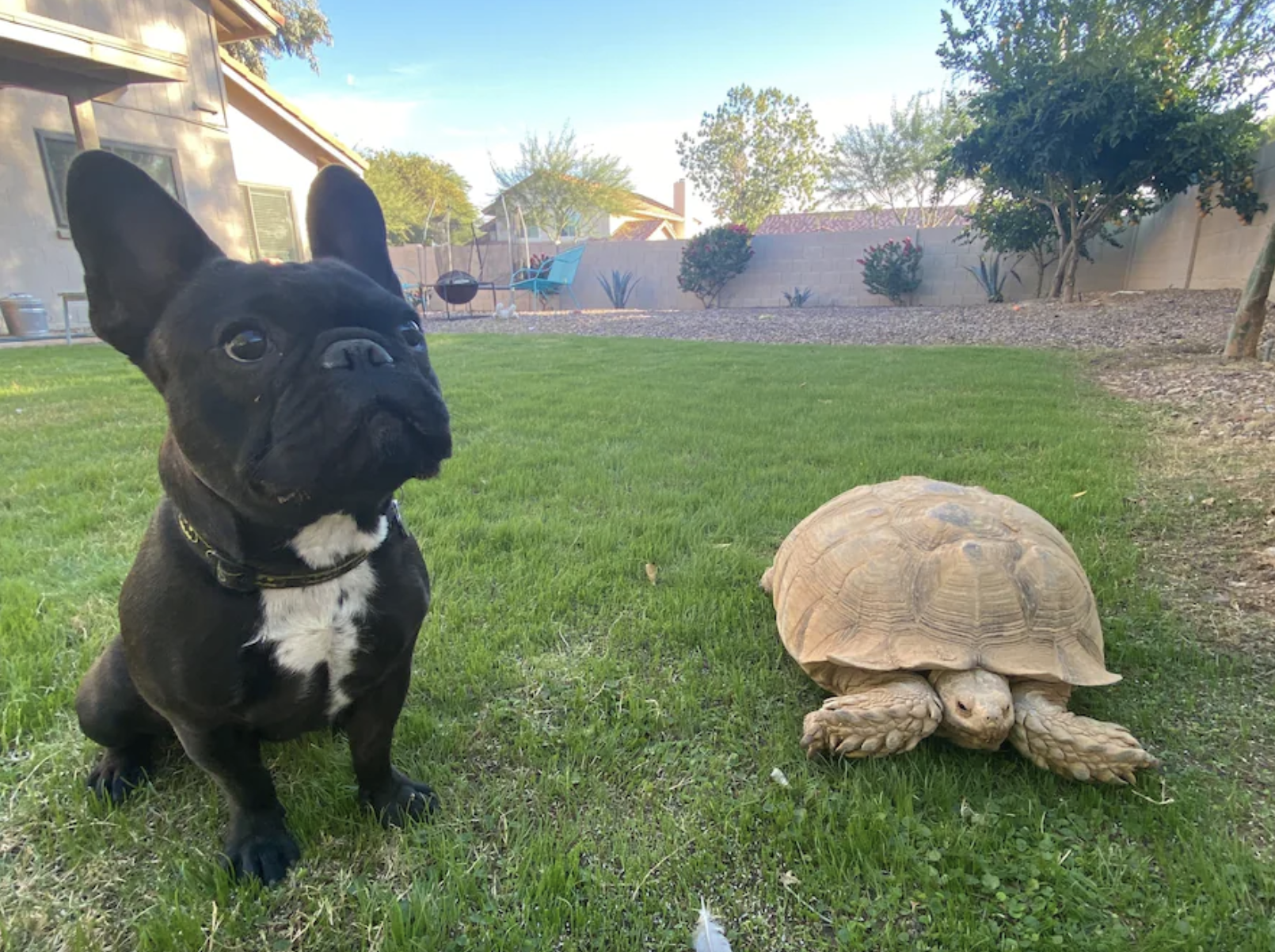 They called the fire department to assist with the rescue effort, and the firefighters were baffled at the call. The firefighters didn't want to dig into the burrow and risk it collapsing on the pooch, so they called a wildlife expert for assistance.

Russ Johnson of the Phoenix Herpetological Sanctuary advised the firefighters to dig very carefully to maintain the structure of the tunnel. 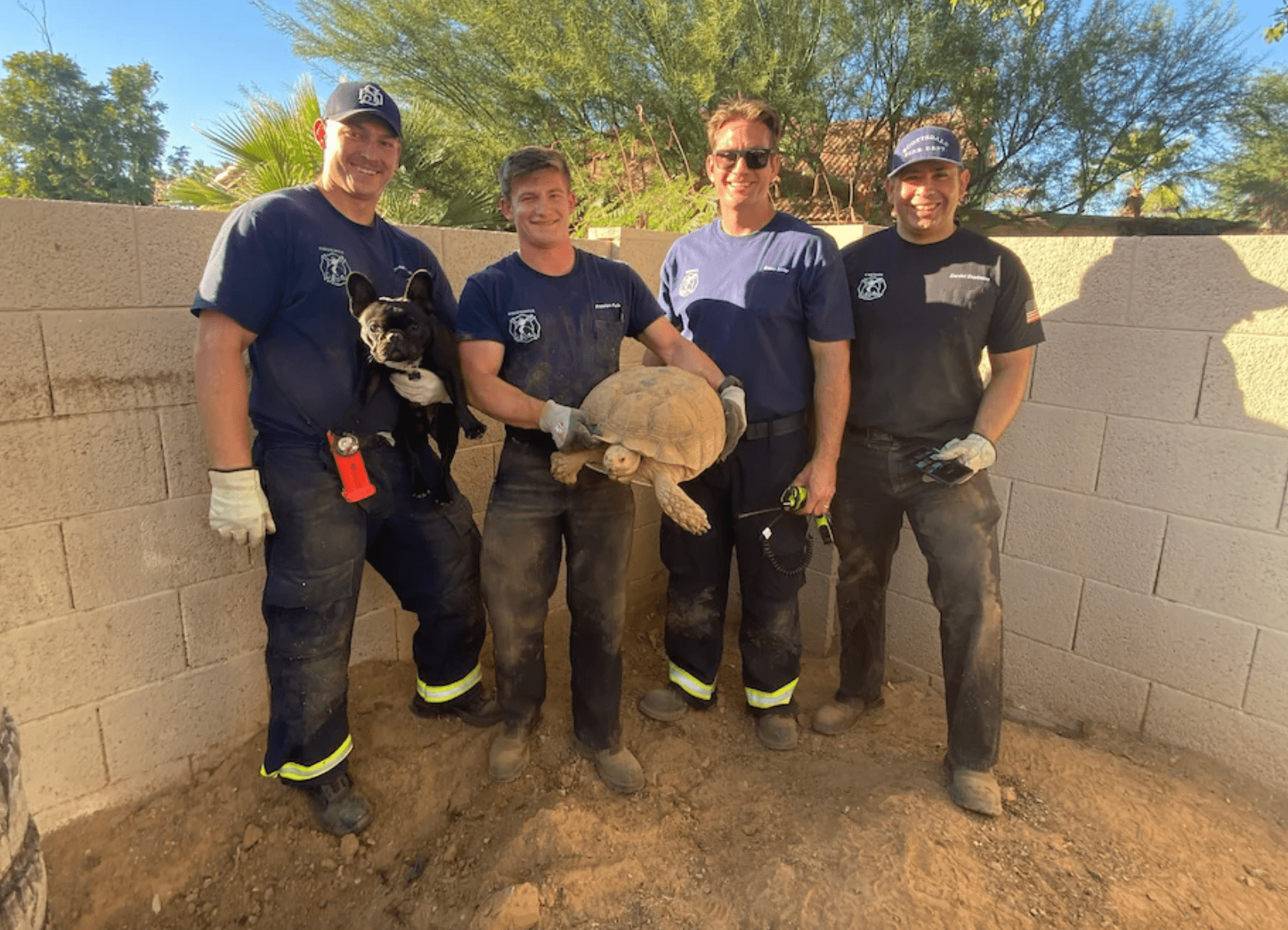 After digging was underway, they were able to grab Bianca by the shell. Once they freed Bianca, Bruce came bolting out.

After the family was reunited, the family expressed their gratitude to the firefighters.

"We're so grateful to them. They really saved the day," the family said of the firefighters.