Emily Blunt and husband John Krasinski have been hard at work on their next film, A Quiet Place 2. The second installment of the thriller-horror flick is promised to be just as scary as the first one. John has been hard at work editing the final product (after writing, directing, producing, and starring it in, of course) and needed a new way to unwind. His hobby, according to Emily Blunt, is a little strange. 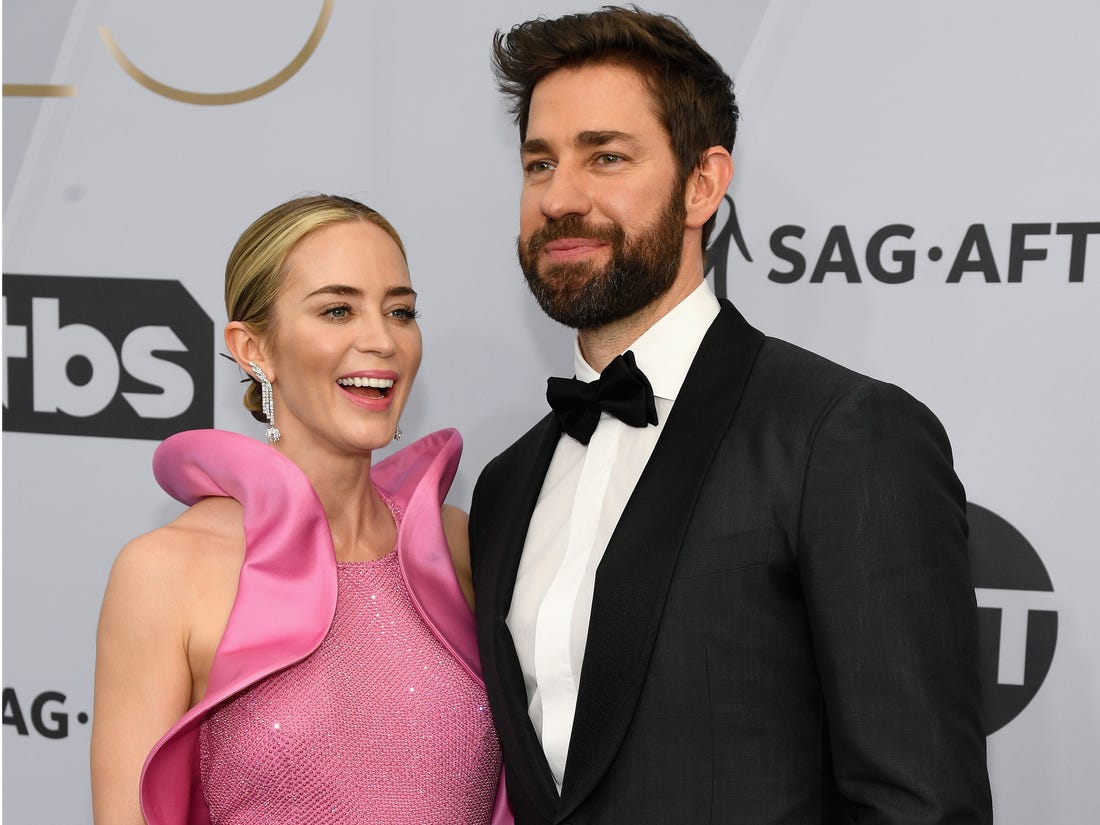 When appearing on Jimmy Kimmel to promote the film, Emily showed the host just how John unwinds after a stressful day on set. "I wanted to show you something that I think would be a nice way for you to unwind. It has been John Krasinski’s salvation since finishing post-production," she said, "Have you guys heard of finger-weaving?" She then unveiled a bowl of colorful strings. Emily continued. "What I had heard is that Martin Scorsese, at the end of a shoot, is so exhausted and so stressed that he often has to institutionalize himself," she stated, "[And] would check himself into a hospital for a week." So instead of letting the stress build on him, John has been nervously finger-weaving long strands of a string after work. His daughter was the one who taught him and now he just can't stop! Hey, whatever makes the movie.