After a car collision occurred on a highway in Houston, passerby jumped at the chance to help a frightened dog that had escaped from one of the cars involved.

Over 20 drivers stopped their cars and put their hazard lights on to try and rescue the dog from the highway where it was running around, scared and confused. 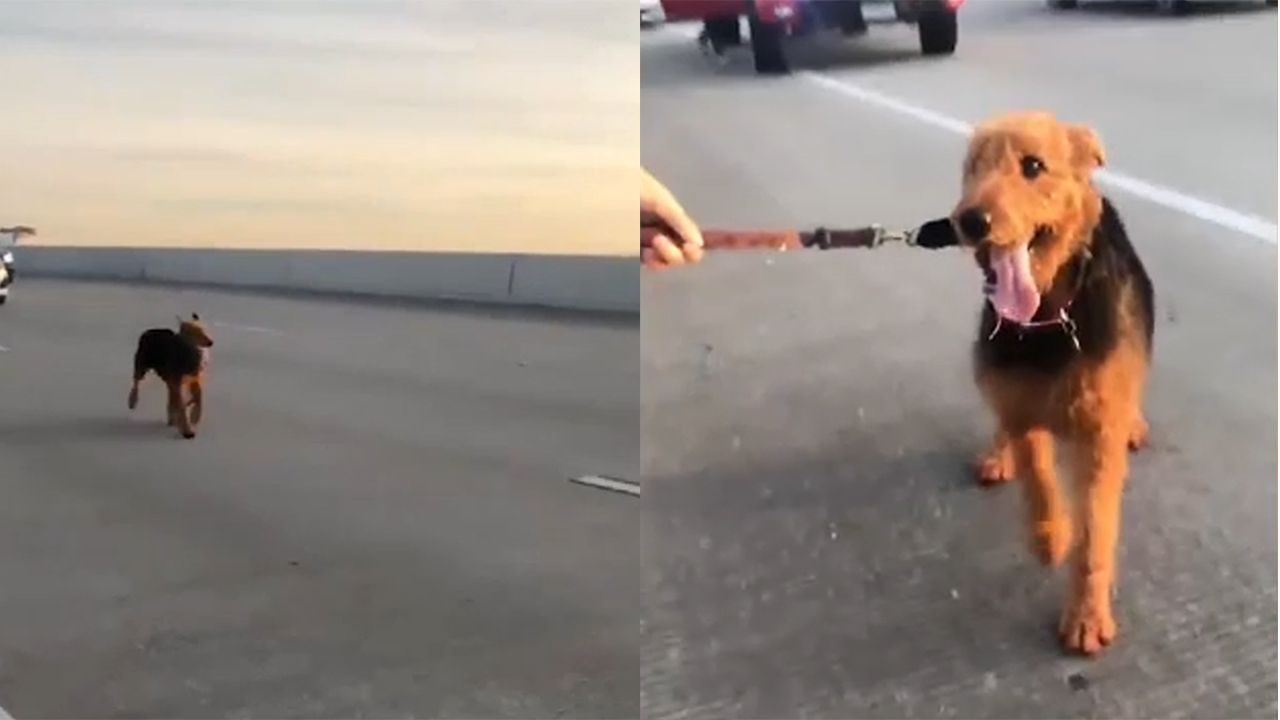 The dog had escaped from its owner's car following a collision further up the highway. While a few of the drivers came close to grabbing the dog's leash, the frightened pup escaped from their clutches quite a few times. Finally, a group of the Good Samaritans cornered the dog long enough to finally grab hold of its leash.

Toby Tinelli, the onlooker who filmed the ordeal, was able to get the dog some water and hung out with the pup until they could locate its owner up the road.

The dog sustained some minor cuts and scrapes from walking in some broken glass near the crash site, but was otherwise ok and reunited with its owner.

"Everybody was on the same page," Tinelli told a local news station. "It seemed like it was really like a team-oriented thing because everybody at the same time slowed down and put flashers on and the first thing everyone cared about was taking care of that dog."