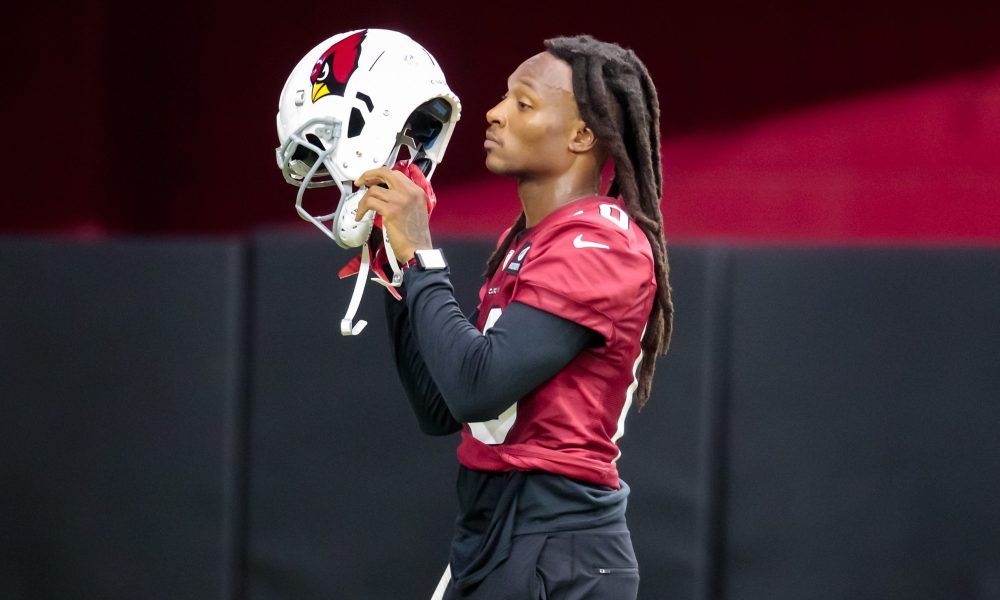 The Arizona Cardinals wide receiver isn't holding back—at least, according to him.

DeAndre Hopkins' hamstring injury has been cause for speculation, especially since he has yet to take a single snap for the team. However, when Hopkins came across a Revenge of the Birds article tweeted out by the Houston Chronicle's John McClain, he wanted to set the record straight.

"Is DeAndre Hopkins Holding Out?" tweeted McClain, to which Hopkins replied, "No Deandre Hopkins is not holding out. From the source."

No Deandre Hopkins is not holding out. From the source. https://t.co/ok0mrlunP8

In the sports industry, it's easy for the rumor mill to start churning. Biases are "an unfortunate nature of the business," but Gerald Bourguet of Fansided says that "it's always good to see an athlete slam that type of nonsense when it surfaces."

Cardinals coach Kliff Kingsbury stated that he expected Hopkins to return to the field soon, but the article in question implied that Hopkins was traded from the Houston Texans because he wanted his contract situation addressed again.

Negotiations with Hopkins' agents have already begun, and he will be looking at a substantial payout as one of the NFL's best wide receivers.