Dax Shepard Gives Himself Hilarious New 'Do to Match His Daughter

Thank you @sarabareilles forgiving my daughters an anthem. She requested a specific haircut a few days ago, and now I want to match her :)

Dax Shepard is showing off his new hairstyle after he shaved half his head to match his daughter, who requested a very "specific haircut."

The Employee of the Month actor went above and beyond, playing Sara Bareilles while he did the deed. Dax noted that his daughters are both a fan of Bareilles' song "Armour" and thanked Sara for "giving [them] an anthem" that inspires them. Sara responded to Dax's shoutout, commenting: "This is the best best best. Thank you for being a kick ass dad for strong young women!"

Later, Dax revealed the final result of his brand new 'do... 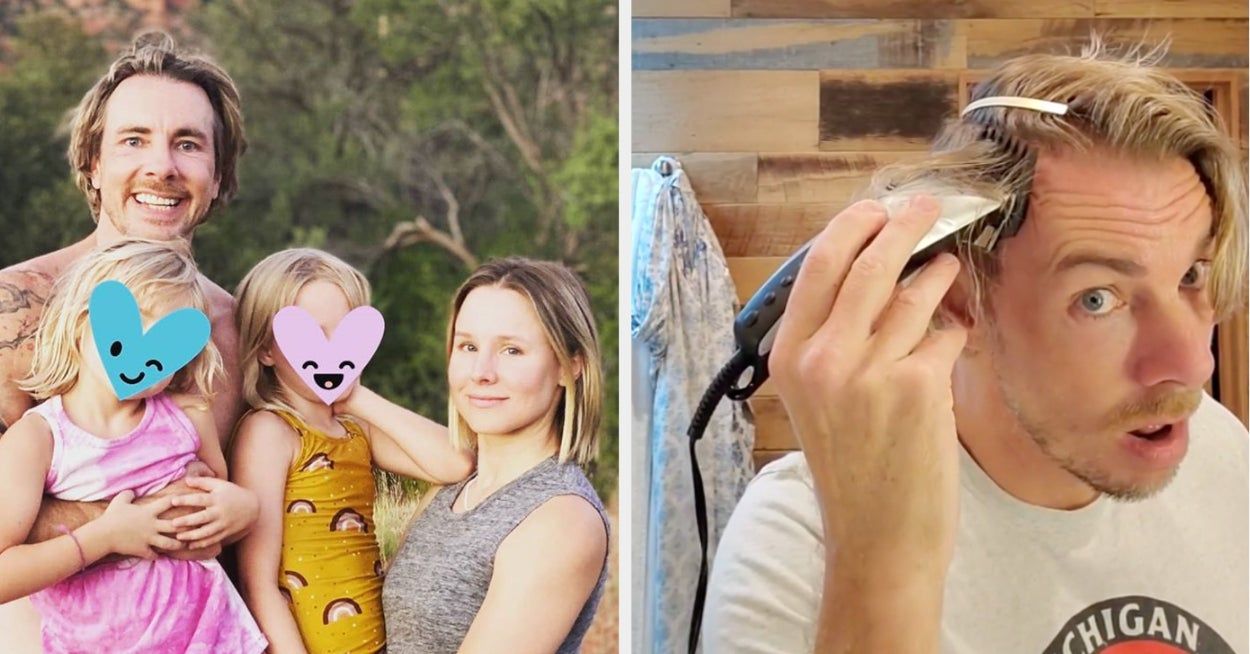 Kristen Bell praised her husband's commitment to their girls. "I love this man so much," she wrote. "He wanted to twin with our daughter."

Bell explained that about a year ago, their oldest daughter, Lincoln, asked if she could cut her hair. "She just woke up one morning and was like, 'I need to shave this whole side right here,'" Bell said.

"I was like, 'I've never been, nor will I ever be, that cool to shave the side of my head,'" Bell continued. "She did it, and she rocks it and she loves it. And she even said, 'I need a little trim. It's getting long.' And I was like, 'Oh, you're just like a skater girl. That's so cool.'"