Dancing with the Stars Latest Mirrorball Champion Surprises Us All

In an unexpected upset, the champion of ‘Dancing with the Stars’ season 27 was radio personality, Bobby Bones. Arguably one of the most talented seasons of the show, the competition was very close, but Bobby, and pro-partner Sharna Burgess, took home the top prize, the coveted mirrorball.

Out of the final four, the odds weren’t exactly in Bones’ favor, as his scores throughout the season were just above average, but thanks to his enormous nationwide fanbase, he got the votes he needed. 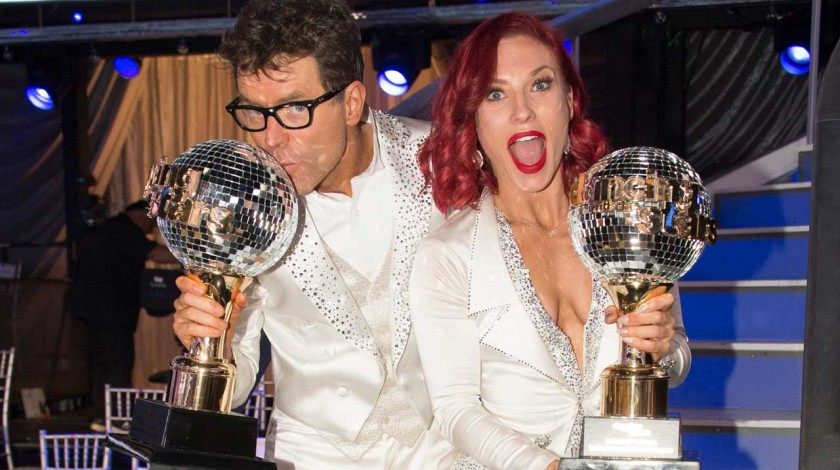 “Thank you to the people, thank you to Sharna, who made all this possible,” Bobby said.

Make no mistake, Bobby’s win was all due in part to his fan votes. He was always at the top of the pack, while other extremely talented dancers,Â like Fuller House star Juan Pablo Di Pace and singer Tinashe, found themselves eliminated earlier.

Congrats to Bobby and Sharna, and congrats to his fans for taking this one home for their guy.