Cyclist Rescues Dehydrated and Abandoned Dog From Side of the Road

Local Argentine media reported that three cyclists riding from the town of Villa Regina came across a malnourished dog that had been abandoned in the middle of the road.  The black and white pup looked disoriented and dehydrated, said the cyclists.

A video was captured of the encounter where one of the men decided to scoop up the dog and continued to ride with it on his back in order to get it to town for some TLC. 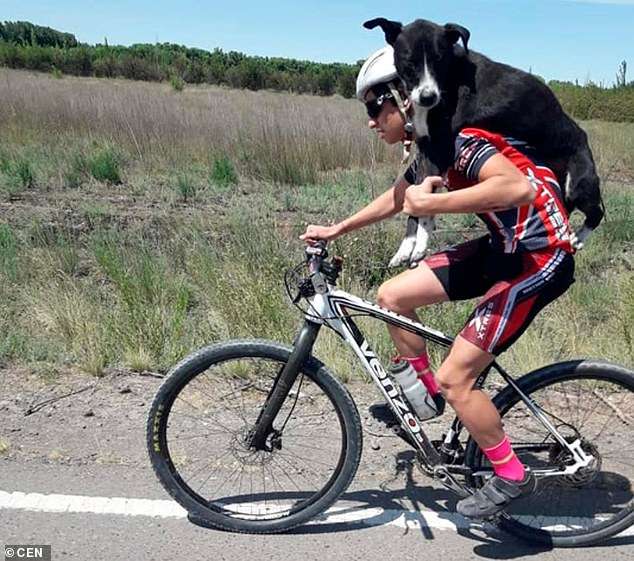 The video of the rescue has been viewed over 600,000 times and commenters are falling in love with the story. One comment read, "Such a big heart, I have no words. Carrying the dog on your shoulders and cycling for miles. You are an example to others, God bless you."

Another commenter wrote, "they are real sportsmen. Well done for being so kind and looking after our four-legged friends." 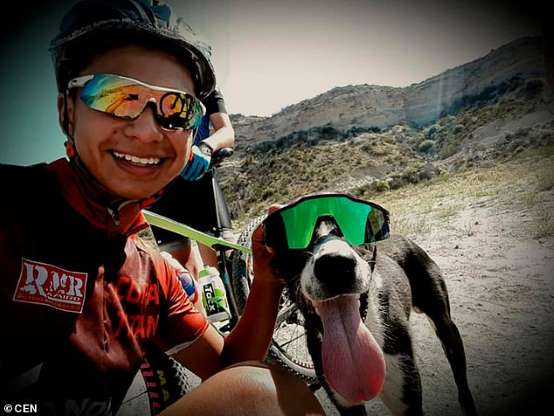 The cyclists, Rodri, Alan, and Emiliano, from Villa Regina had been training when they stumbled across the dog. They carried the pup back to town but its current condition is unknown at this time.