Jeffrey Epstein, the now-dead pedophile has somehow managed to pop up unexpectedly—this time at a soccer game in the UK.

A cardboard cutout of Jeffrey Epstein appeared in the empty stands during a soccer game Wednesday evening between Nottingham Forest and Swansea. Because spectators have been banned from attending games during the coronavirus pandemic, they've chosen to fill the seats with cardboard cutouts of themselves. 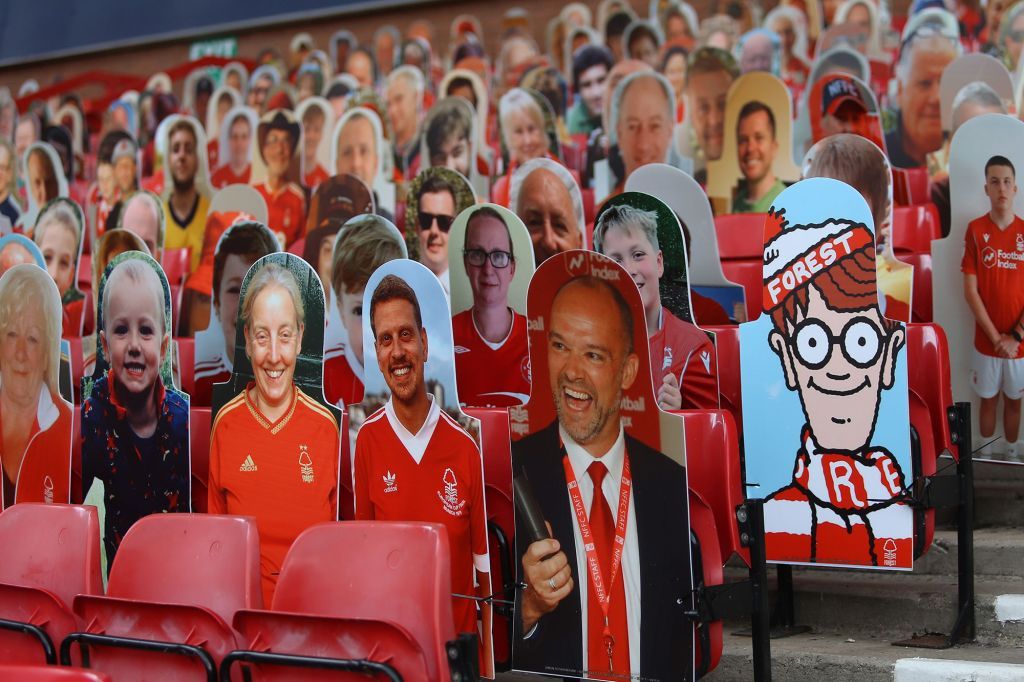 On the television, one eagle-eyed viewer spotted Epstein's face peeking out between cutouts of Buzz Lightyear and fans in red Forest shirts. Why the cutout was placed there has not been uncovered...

Epstein committed suicide in jail last August after he was arrested on federal charges of sex trafficking, having been accused of sexually abusing girls and young women for decades.

Is... is that a cutout of Jeffrey Epstein in the crowd at the CG? pic.twitter.com/jSei49qVeq

Ghislaine Maxwell, his alleged accomplice, was finally located and taken in on charges of sex abuse earlier this month. The judge set no bail for her given that she is a flight risk.

Tennants UK, who is responsible for printing Forest's signs, did not comment on the production of the sign, but this isn't the first time an infamous face has popped up in the faux crowd. Last month, a photo of Osama bin Laden was spotted in the stands at Leeds United's stadium.