The MMA world blew up a couple of weeks ago when the more anticipated fight in recent years ended in a huge brawl.

When Conor McGregor tapped out during Khabib Nurmagomedov’s headlock, that should have been the end. Instead, a ref had to physicallyÂ release Nurmagomedov’s grip around his opponent. After the arena broke out in a heavy mix of cheers and protests, Nurmagomedov did the unthinkable: he jumped over the gated wall of the ring, into the crowd.

He began to fight McGregor’s squad and they heavily fought back. More of Nurmagomedov’s guys jumped into the ring to attack McGregor, and he fought back heavily. Soon, everyone was fighting everyone, even the people in the crowd. 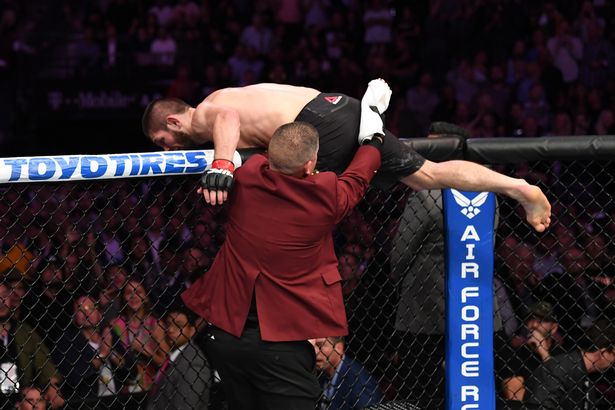 In a flash, tons of police enforcement arrived to break it up, leading out the Russian winner in a wall of men three rows deep.

Needless to say, the higher-ups were not happy with both groups actions, and that eventually lead to the indefinite suspension of both participants.

Along with the suspension, half of Nurmagomedov’s winnings will be withheld until the next hearing.

Maybe this will show everyone in competitive sports to not act out! You may lose almost $5 million in the process.