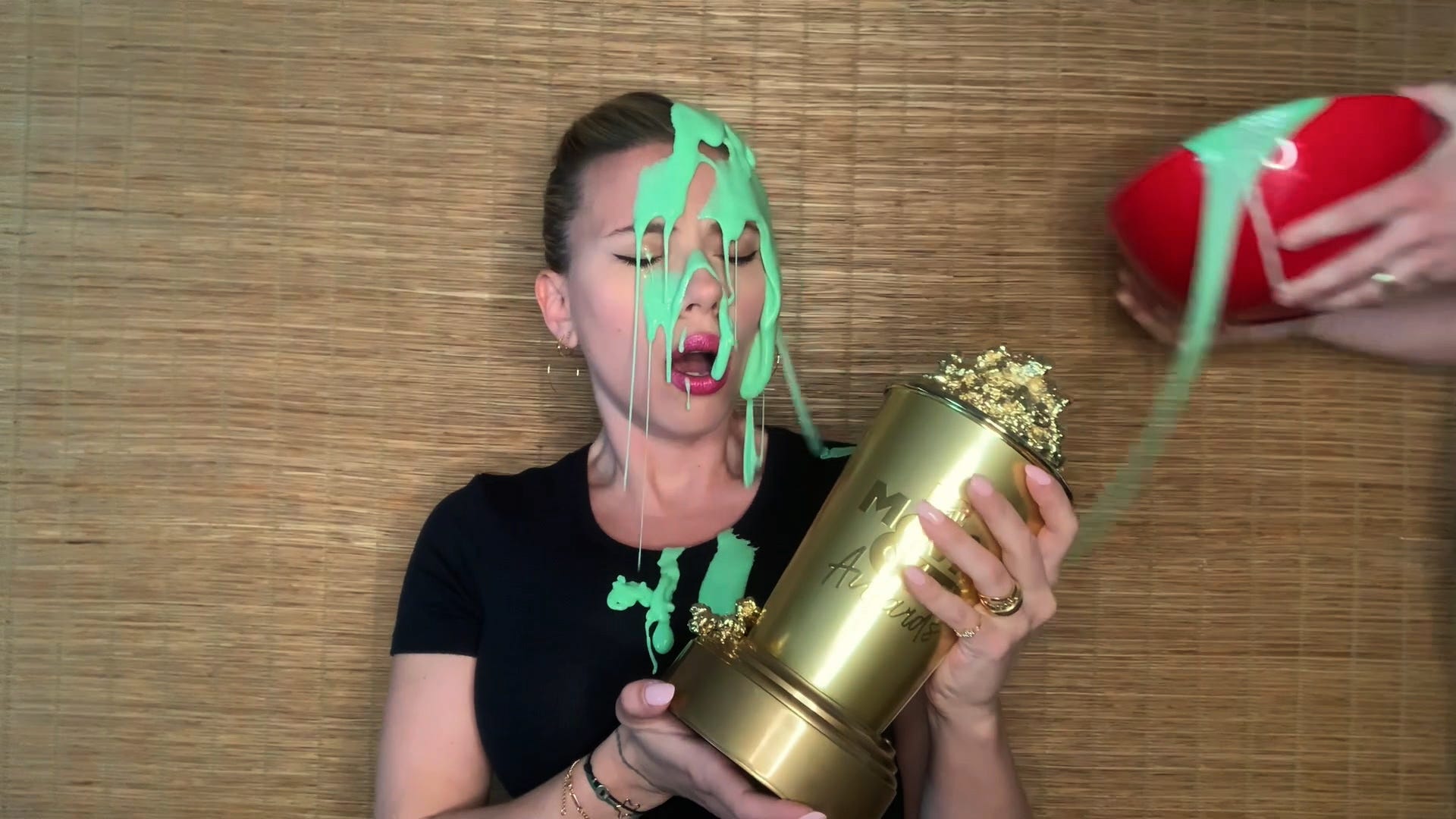 Scarlett Johansson's speech at the MTV Movie Awards was interrupted by her new husband in a very messy way.

The Black Widow actress, 36, accepted the Generation Award honor at the MTV Movie & TV Awards on Sunday, which commemorated Johansson's nearly thirty-year-long career in the industry. However, midway through her acceptance speech, Colin Jost dumped green slime on her head—a prank that was inspired by the wrong awards show. 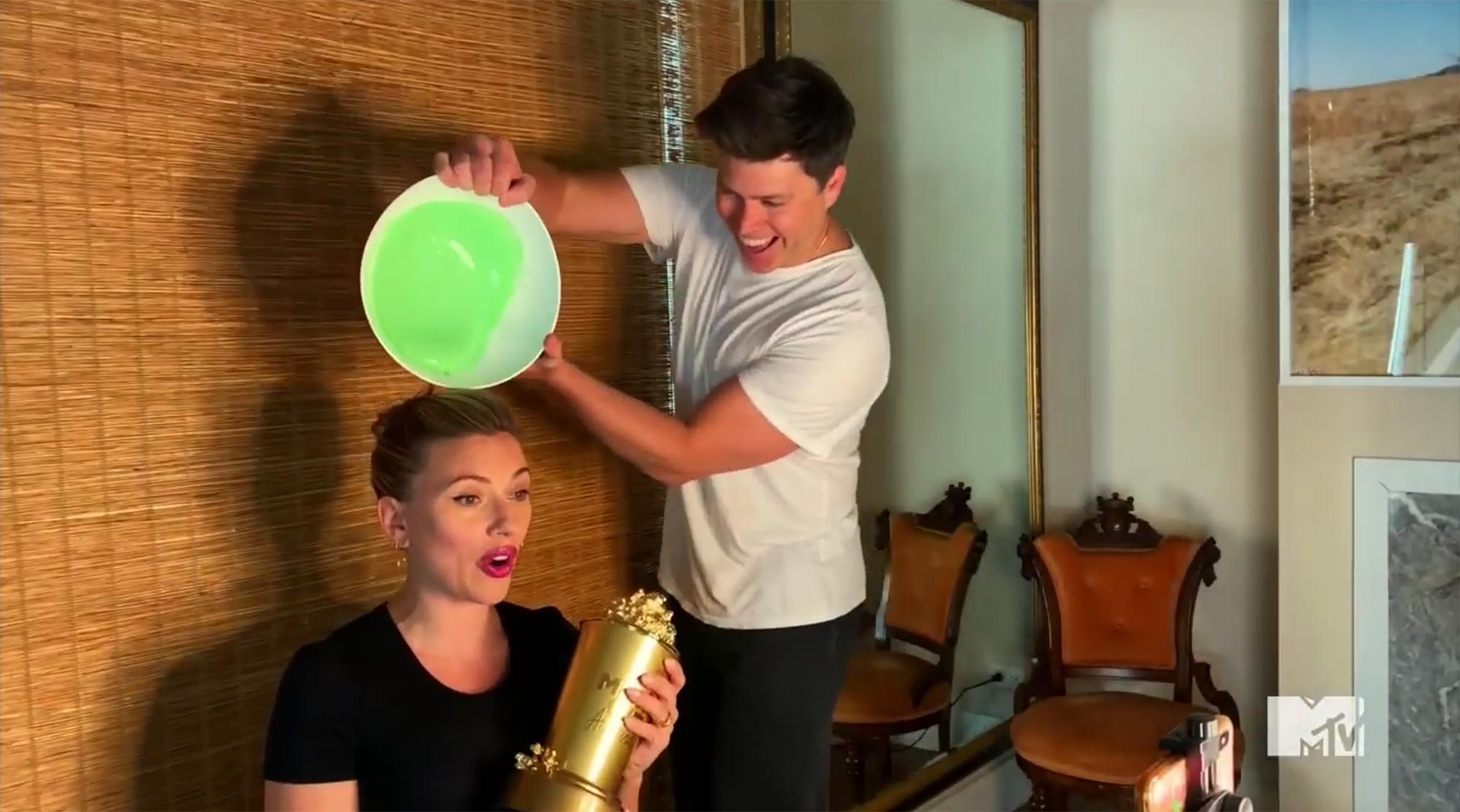 "This award is made possible by all of you, in fact," Johansson said during the virtual event, "and it's because of that that it's so meaningful to me." Then, as Johansson went on to introduce a clip from Black Widow, Jost dumped a bucket of green slime on her head.

"What the f***!" Johansson exclaimed, only for her husband to reply, "MTV! You got slimed!"

Jost apologized profusely and offered to get his new wife a towel. When Johansson asked Jost where he even acquired the slime, he said, "Amazon."