Carrie Underwood’s ‘Soccer Mom’ Moment Is All Too Relatable

Over the weekend, Carrie Underwood engaged in some commonplace fall parenting activities.

That activity? Being a ‘soccer mom.’

Her three-year-old son, Isaiah, had a soccer game this weekend where he was quite successful. Sporting a look from her CALIA by Carrie athletic clothing line, Carrie bundled up with a hot beverage and warm clothes for this chilly day on the soccer field.

In the caption, she filled her fans in on a pretty relatable ‘soccer parent’ story.

Officially a soccer mom this morning! It’s chilly out but I’m staying warm rocking some @caliabycarrie …the kids played a good game! Isaiah scored two goals for his team…and one for the other team ðŸ¤·â€â™€ï¸. Hey, a goal’s a goal! âš½ï¸

“Isaiah scored two goals for his team…and one for the other team. Hey, a goal’s a goal!”

With toddler soccer, this is expected, but nonetheless, comedic.

With baby number two on the way, this is just the beginning of soccer mom duties for Underwood. After three miscarriages, Carrie has admitted that this pregnancy has been a lot harder on her physically. That aside, she doesn’t think her son realizes how life will change with a sibling. 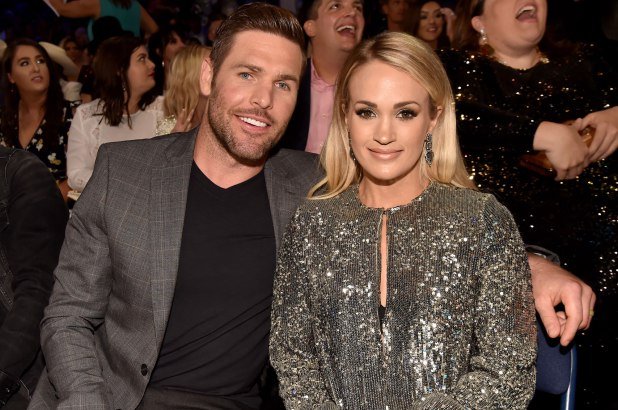 “I don’t think for real he (understands),” she said to “Tonight Show” host Jimmy Fallon. “He’ll be really sweet and he’ll like, talk to my belly and kiss my belly.”

Carrie also told Fallon that when she asked Isaiah for a name suggestion for the new baby, he said, “Isaiah Michael Fisher.”

But whatever they choose to name the new little one, Isaiah will certainly make a great big brother, and Carrie and husband, Michael Fisher, will have a lot more soccer games to attend in the future.