Ting spruced up the pitch with a fellow government dressed up as a life-sized retail receipt.

WATCH: A San Francisco assembly member put a life-size receipt on display Tuesday in order to introduce a new legislation that would require retailers to offer digital receipts as the default to customers beginning January 1, 2022. https://t.co/dw4hddKPRu pic.twitter.com/wLZfhz1rNK

Ting’s purpose? To ban retailers from handing out paper receipts unless specifically requested.

The measure, named Assembly Bill 161, proposes that it be required for stores to use electronic receipts as the default option. Should retailers disobey, they would be subject to fines. 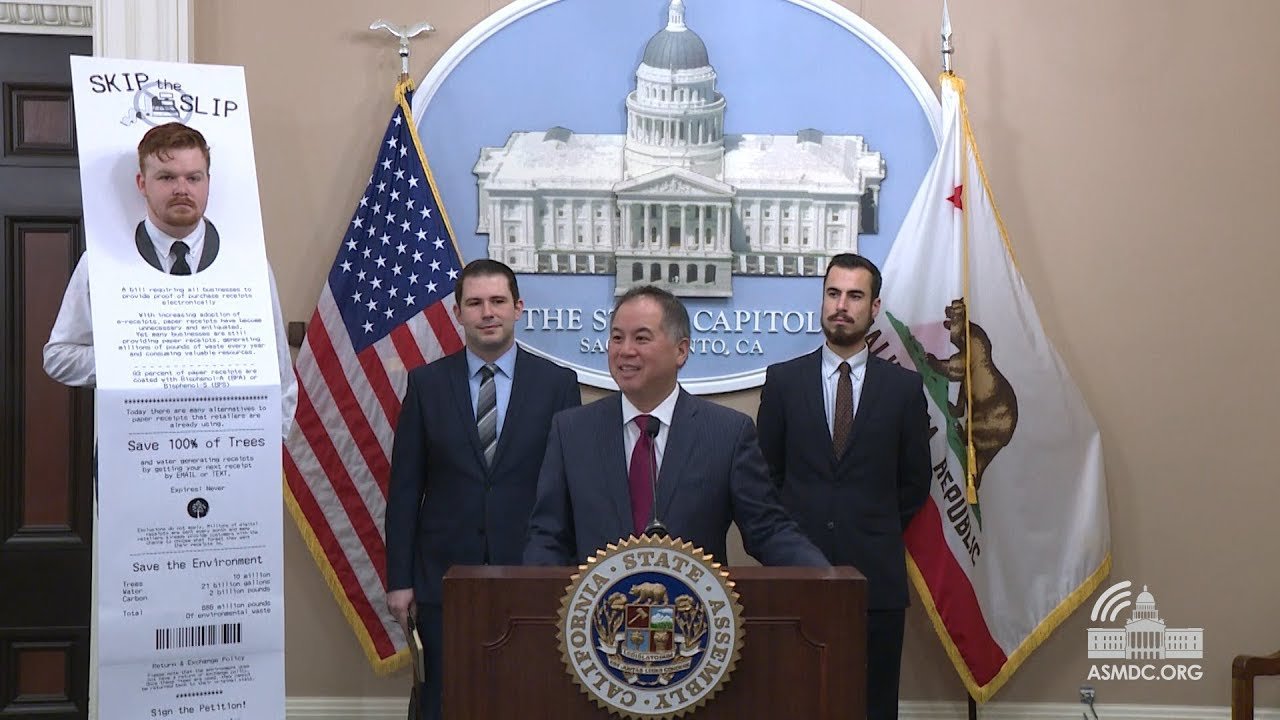 Assemblyman Ting said, “There’s a negative impact on the environment with these receipts and the inability to recycle them.”

He thinks this bill is necessary because the majority of consumers aren’t aware that most receipts areÂ coated with BPA and BPS chemicals that are harmful to both humans and animals, and are not recyclable.