Boston Bruins’ left wing, Brad Marchand, is known for his larger than life antics on and off the ice. Not known to mince words, Marchand surprised everyone in a post-game interview after the Bruins beat the Blues.

Marchand is by no means known to be a timid man. Now, however, it’s what he’s not saying that’s making people wonder what’s going on with him. 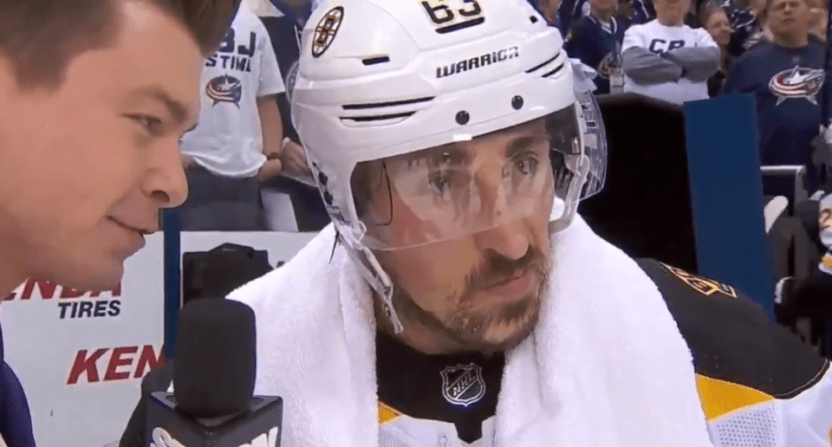 After the Bruins beat the Columbus Blue Jackets 3â€“0 to advance to the Eastern Conference final, Marchand appeared on live television for an interview with Kyle Bukauskas from Sportsnet.

Bukauskas asked about the way the Bruins handled the past three games to advance to the final conference, to which Marchand replied, “We did a good job.” He was then asked about the opportunities that lie ahead. 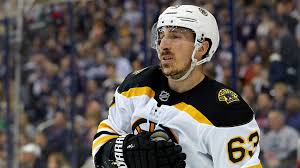 “It’s been fun,” was all Marchand said. Finally, Bukauskas told Marchand, “So I see where this is going here.” He closed the interview with a question about how well the Bruins’ first line is being played after they were reunited. “We’re good,” said Marchand.

The odd interview has people wondering what’s going on with him, however, his skills on the ice are all fans truly need to worry about as they head to the conference finals.