Song gave birth to their first child, a healthy baby boy named Dakota, on April 5. The baby is named after Culkin's late sister, Dakota, who passed away in 2006 after being struck by a car in Los Angeles at the age of 29. He weighs 6 pounds and 14 ounces.

"We're overjoyed," they said in a statement.

Rumors of their romance first began in 2017 when they met on the set of Changeland, which was directed by Seth Green, a mutual friend of them both.

"I didn't see that one coming," Green later said. 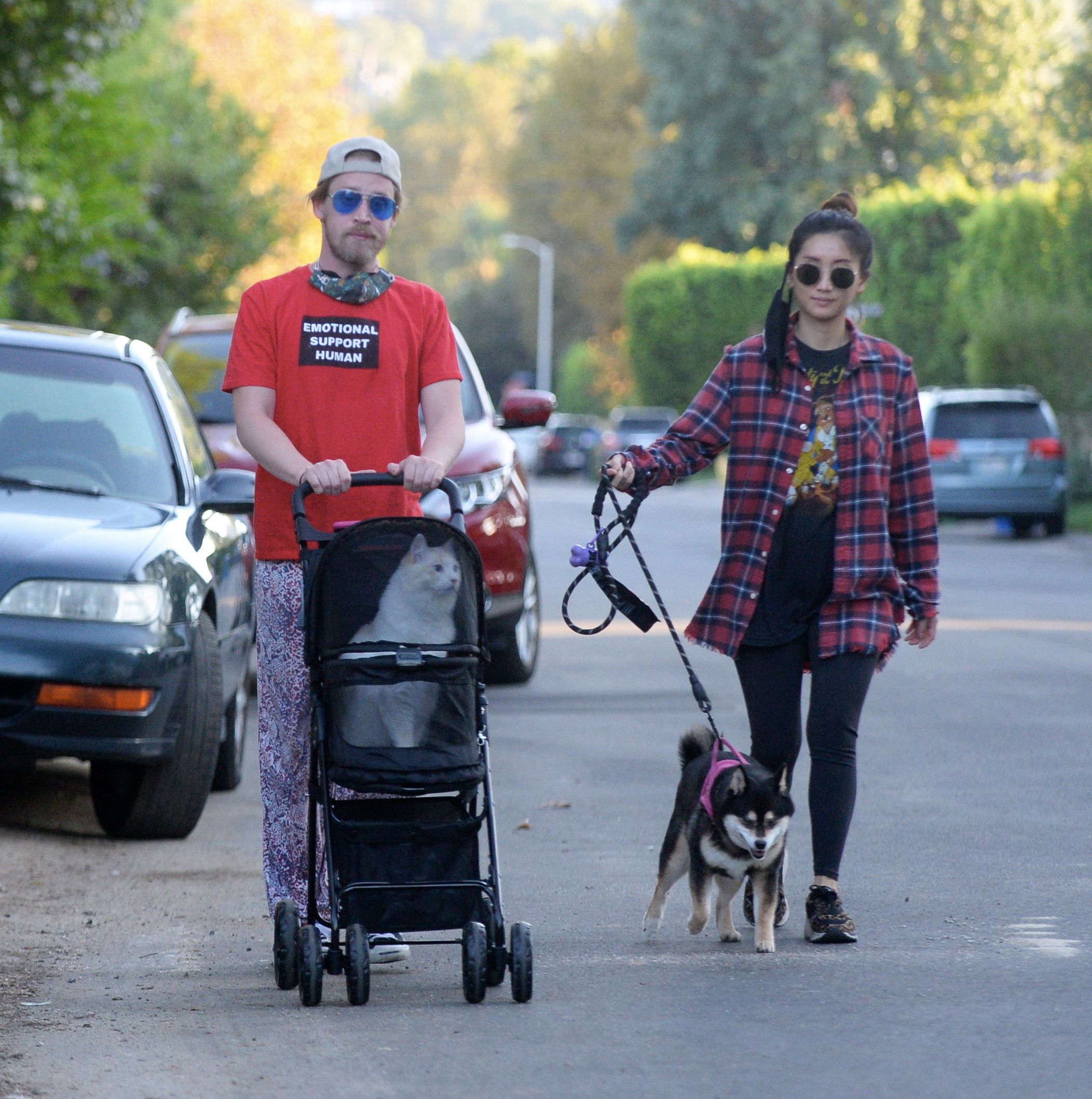 Culkin, 40, admitted that he was "waiting for the other shoe to drop" when he first got together with Song. Fortunately, he learned that "sometimes, it's just good."

"You can't be around him and not be happy," Song said.

The Home Alone star, 40, told Joe Rogan on a 2018 episode of his podcast, "I'm gonna make some babies. This one's a good one, so I'm probably going to put some babies in her in a little bit. I mean, we've definitely been practicing."

Baby Dakota isn't the first thing the couple has cared for together—they own three cats, a dog, a fish, and a parrot.