You know when you were a teenager and passed the days... building a rollercoaster? No? Well, apparently Ben Tolliday is leading by example.

Tolliday was feeling bored during the pandemic and decided to do something about it. In this case, "something" was constructing a functioning rollercoaster in only three weeks.

The teenager built every inch of the backyard rid himself in just over 21 days. The rollercoaster was made from two-by-fours, PVC pipe, cinderblocks, and sandbags. Tolliday also put together the car. And yes—he's ridden it, too.

"I was absolutely terrified. But I guess because I built it, I knew how sturdy it was. So, I was pretty confident I'd be OK, but I was screaming my head off. It was crazy," Tolliday said. 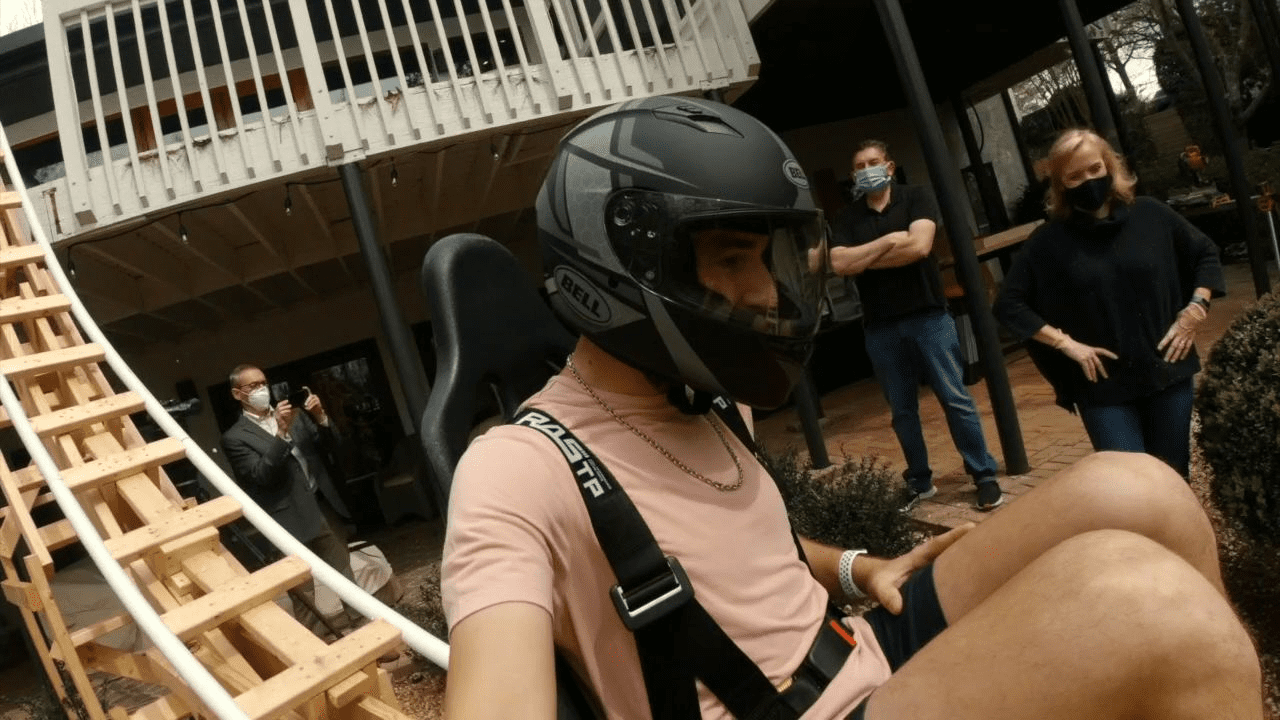 Even Tolliday's mother Katherine trusts her son's engineering skills enough to have taken a ride on it herself. Still, she can't help but wonder when he's planning to take it down.

"I'm looking forward to getting my yard back. I've got some plants trying to grow underneath. Yes, this is not going to be a permanent fixture in my yard, I can tell you that," she said.

The college freshman-to-be hopes that he'll be able to build more rollercoasters in the future. "That would be my dream job, to build stuff like this for people and then see their reaction when they go down it for the first time. Yeah, I had so much fun building it," he said.