Bobby Flay is whipping up something special in the kitchen with the help of his Maine Coon cat, Nacho.

The Food Network star has launched Made by Nacho, a cat food brand inspired by his six-year-old furry friend. The brand will be available in PetSmart stores as of April 19.

Although the name is an ode to his cat, Flay was toying around with the idea long before he adopted this kitty.

"I have had cats in my life basically forever. I am an only child. My mom always had two or three cats in the house," he said. "I literally feel like I was raised by cats in some ways because that's who I hung out with at home."

Two years ago, Flay decided that it was time to give his cats the best life possible—including the food they ate.

"It's hard to find a cat-focused company, most seem to start with dogs and then add cats later as an afterthought," he said.

Flay worked with pet nutritionists as well as Nacho and Stella's longtime vet Dr. Katja Lang in order to create the line. After several months of testing, Made by Nacho was born.

"We picked out thoughtful ingredients [like pumpkin, cranberry, and kale] that are flavorful and palatable for cats, but also helpful in other ways," he says. 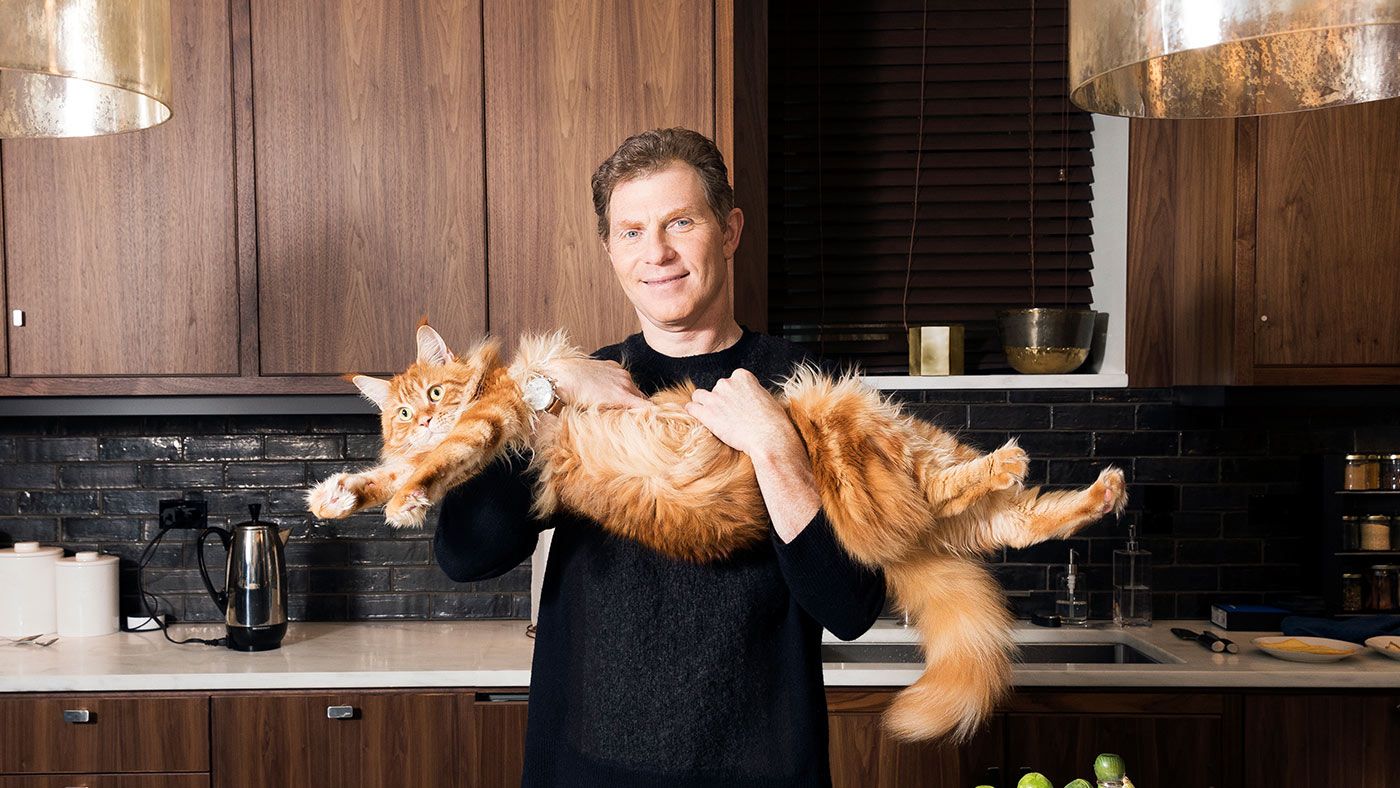