“Whether they’re cuddling up with me on the couch or rolling around in the backyard, I love these two balls of fur. Happy #NationalDogDay to Bo and Sunny!” she wrote. 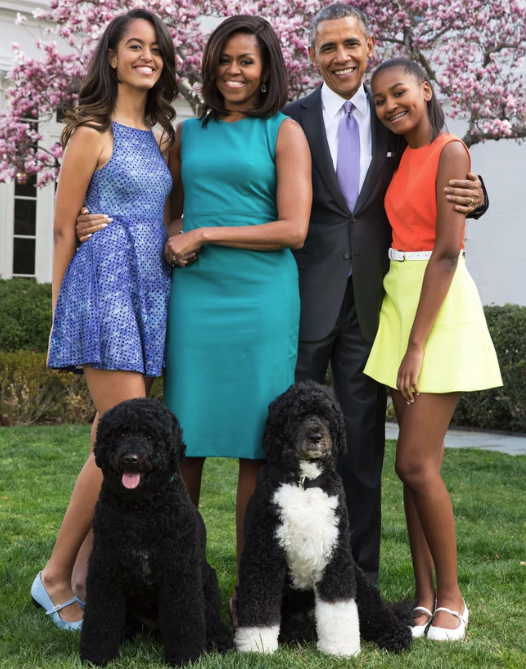 The Obamas first adopted Bo, their male dog, in 2009 after Obama was inaugurated for the first time. Bo was actually a gift to Malia and Sasha Senator Ted Kennedy–the more you know.

Sunny, their female dog, then joined the gang in 2013. When they adopted her, they shared that her name stemmed from her cheerful personality and claimed that she was the perfect little sister for Bo. 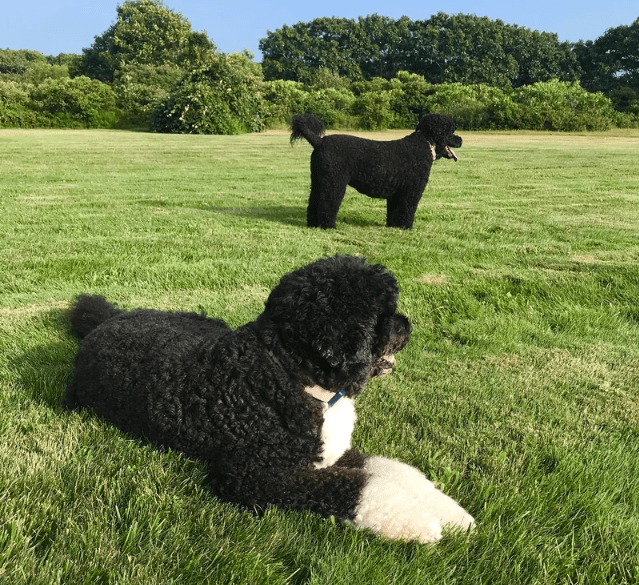 When the pups moved out of the White House, they had to adapt to normal life things, like doorbells, Michelle has admitted.

“They’re just now going to the door when the doorbell rings. It’s taken them two years. It’s the door, people are coming,” Michelle shared during her book tour.