Blind Mom Gets to "See" Baby Thanks to 3D-Printed Ultrasound

Born with glaucoma, Taylor Ellis has very minimal vision in both of her eyes. When she went in for her 20-week scan, Taylor was heartbroken that she couldn't see her unborn baby—so doctors stepped in to save the day.

After finding out how upset Taylor was, they conducted a special ultrasound and 3D-printed her unborn daughter's face for Taylor to feel. The 26-year-old and her husband Jeremy, who also has visual impairments, received the scan in the mail. They were both able to feel their baby's face for the first time.

Baby Rosalie, now ten weeks old, is a healthy and happy baby. The young mother of three said that 3D printing technology has been "life-changing" for her.

The technology used to produce Taylor's special ultrasound was usually used by doctors at Johns Hopkins Hospital in Baltimore to create models of babies born with spina bifida. It is believed to be the first hospital in the world to use the technology for this unique purpose.

When an ultrasound sonographer at the hospital found out that the technology could be used to get a clear picture of Taylor's baby, he suggested that it be utilized by visually impaired parents. 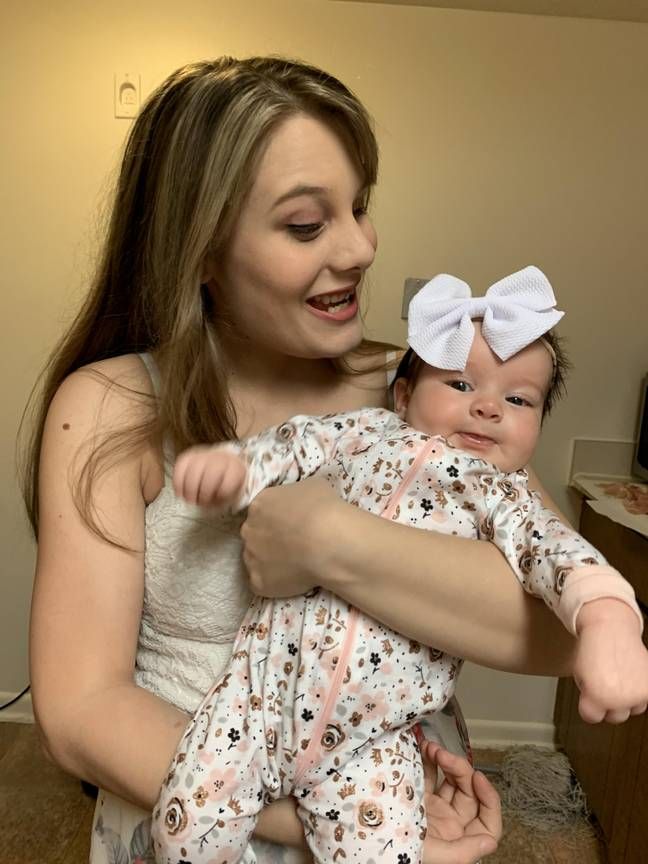 "I always thought about what my baby would look like and was always saddened to know I wouldn't have the same opportunity as seeing mothers," Taylor said. "My sight wasn't as bad with my first two children, so I could see the 2D ultrasound."

When Taylor received the model in the mail, she said, "I had the realization that this was my baby's face, it was so heartwarming. I showed off my scan to my daughters and my parents on video chat."