Is this a new recruit? During a football game between the Dallas Cowboys and New York Giants, a small black cat invaded the wide-open, and active, football field during the second quarter. It was spotted at midfield, and the referees gave the little guy two minutes to exit the area safely.

Kevin Harlan's Westwood One radio call of the cat on the field is, as you might expect, an all-time great call. How much of a pro is Harlan? He worked a sponsor read into it. pic.twitter.com/3x0MVNEHNY

The radio broadcast listeners even got a great play-by-play by announcer Kevin Harlan. Harlan pretended the cat was running into the endzone and likened him to Ezekial Elliot of the Cowboys or Saquon Barkley of the Giants. 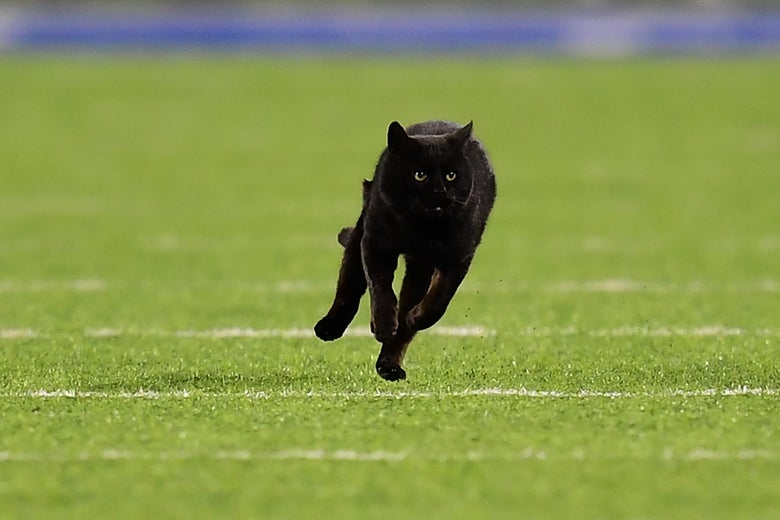 Some thought the cat was cute, but others weren’t so sure. “I ain’t superstitious or nothing but any time I saw a black cat or it went across me growing up, something bad happened,” said Giants safety Jabrill Peppers. Well, it worked out well for one team! 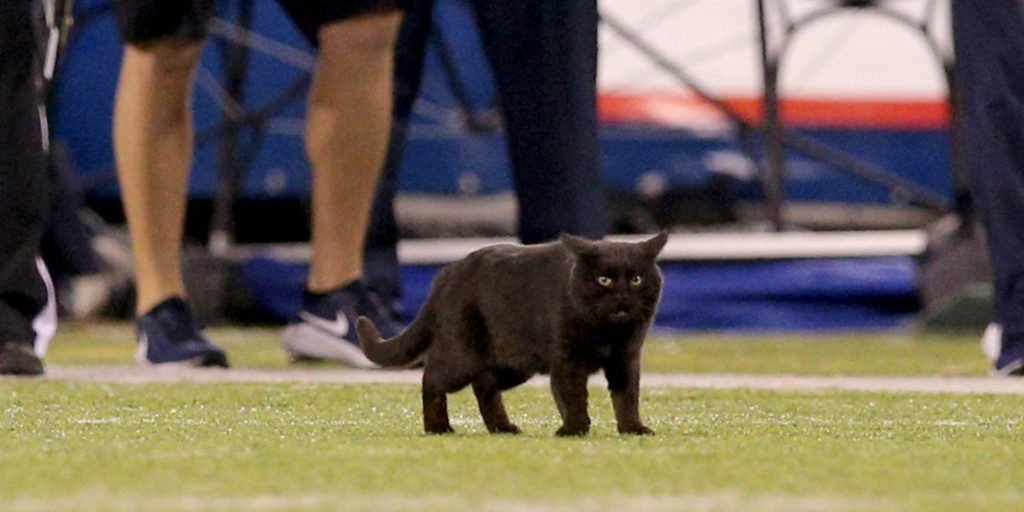 Dallas won 26-4, which Peppers saw coming as soon as he spotted the black cat. Luck wasn’t in the air, and it definitely wasn’t on the field!