Baby Yoda might be the hottest celebrity around right now, and for good reason. The adorable little creature is the highlight of The Mandalorian on Disney+, and fans worldwide have shown support, especially home baker Jessica Leigh Clark-Bojin, who made a Baby Yoda pie. The Food Network judge said the entire process took over two hours, but the results were well worth it. 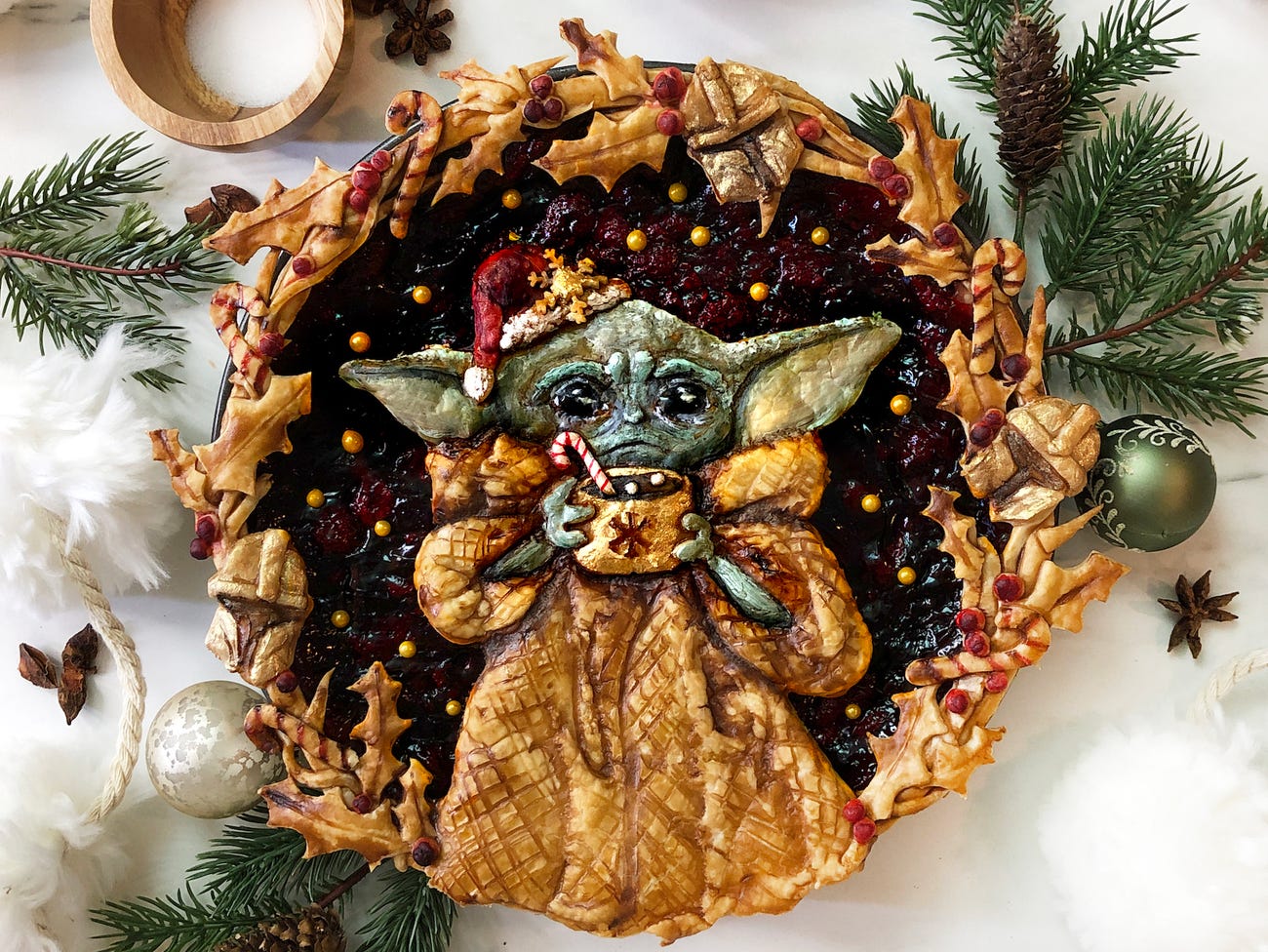 The pie artist is baking 12 pies over 12 days to celebrate the "12 Days of Crustmas" on Instagram. Her Baby Yoda one was inspired by her son's advent calendar, but she's got more ideas coming soon. "I've sketched out over 100 pie-deas in my notebook so far," said Clark-Bojin. The Baby Yoda creation was a perfect fit for the collection. "When I saw the 'Baby Yoda sipping soup' video clips," she said, "I immediately thought of sticking a Santa hat on him and giving him some hot cocoa." And everyone is pretty happy about that!

The pie was finished with a raspberry filling, mostly due to the pun. "I liked the 'raspbaby' pun...Yes, I often make flavor decisions based on pun potential!" said the baker-extraordinaire. Impressive for a woman who could barely crack an egg four years ago. Since then though, she's dedicated herself to the art of baking and decoration. The results speak for themselves! "I could paint a flat disc of dough beautifully and plunk it on top of a pie," she said, "but if it doesn't look like something people would want to eat then what's the point?"