The Mandalorian might be over, but Baby Yoda is here to stay. The adorable Star Wars character has taken the internet by storm, showing up in memes, dolls, desserts, clothing, and now, cocktails. Across the US, bars are premiering their own versions of the adorable space creature. One bartender described it as "a product of goofing around...I threw some lime wedges on the glass for ears and thought, 'How can we kick it up a notch?'" 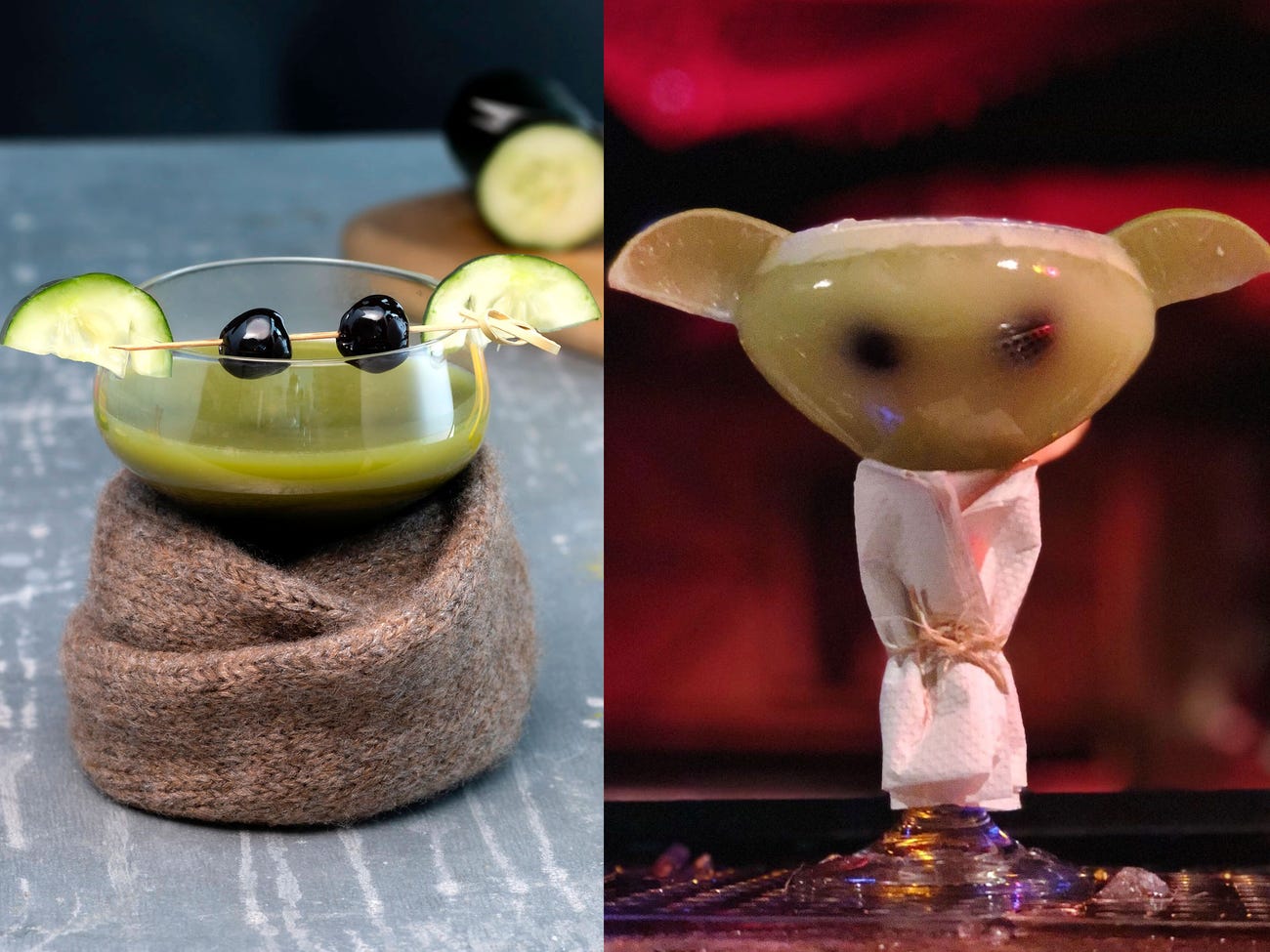 The drink usually includes a green drink, green wedge ears, a napkin around the glass, and two black olives on a toothpick for eyes. Another bar employee, Josh Soto from Laka Lono Rum club said: "We use our downtime on our Sunday shifts together to [try] new cocktail ideas, so we decided to use that day to make the Baby Yoda." It has been dubbed the Baby YoDaiq by patrons and employees. 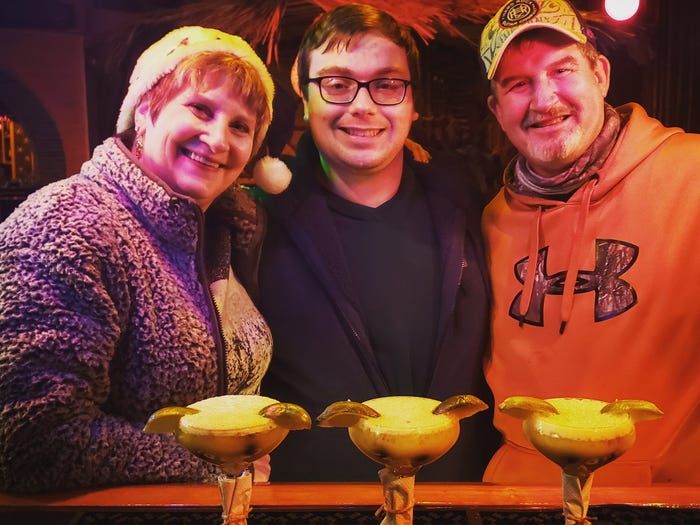 Though they are proud of the creation, Soto says he recognizes that their creation isn't nearly as cute as the real thing. "It actually reminds me of the Popsicles you get from the ice-cream truck — the ones that are supposed to look like Spider-Man but come out melted and lazy-eyed," he says "But that's really the charm of it...the 'wrongness' is what makes it novel, and weirdly cute. Plus it'll get you drunk!"The cocktail went viral on Reddit, and soon bars across the nation wanted to make their own version. 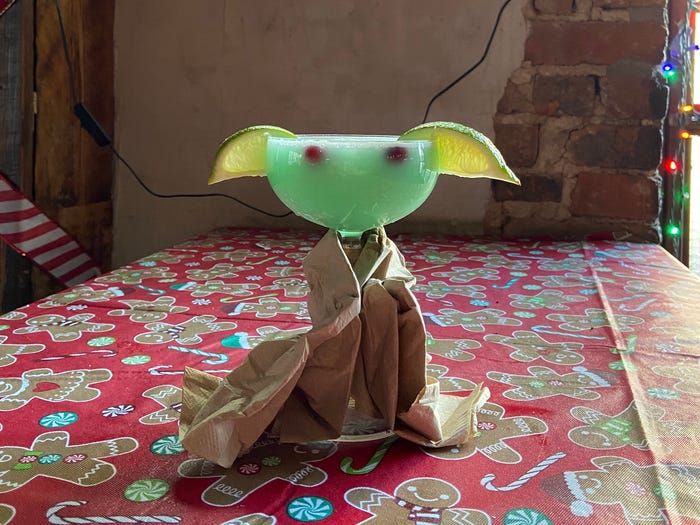 Many bars have been using matcha in their recipes, naming their drinks the "Matcha-Lorian" to match the brand name. The original bar, Laka Lono Rum Club, loves the success of the drink and its different interpretations. They aren't mad others are using the idea either, since they still sell easily over 100 a night. "I'm an artist before I'm a bartender," said creator Cathryn Grange "and having tens of thousands of people connect with my idea is the ultimate creative payoff"