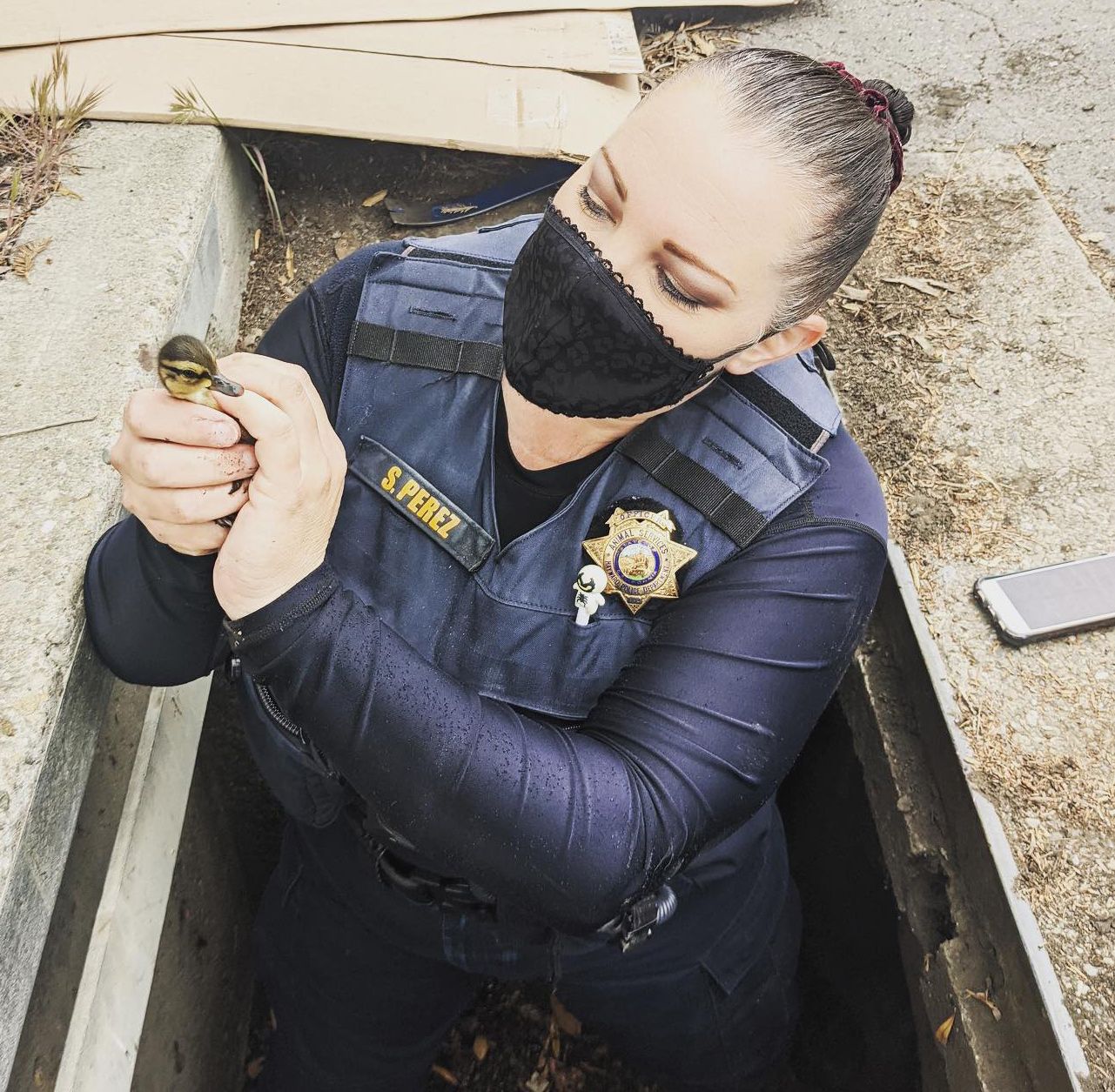 A group of baby ducklings was rescued by this animal control officer's quick thinking.

A mother duck and her 12 offspring were walking around a college campus when 11 of the ducklings fell into a storm drain. The mama duck began to quack loudly after losing her children, gathering the attention of someone walking past.

The school's maintenance and operations staff removed the grate from the storm drain, but the ducklings were too far in the pipes to be manually removed. Fortunately, officer Susan Perez had a clever idea. 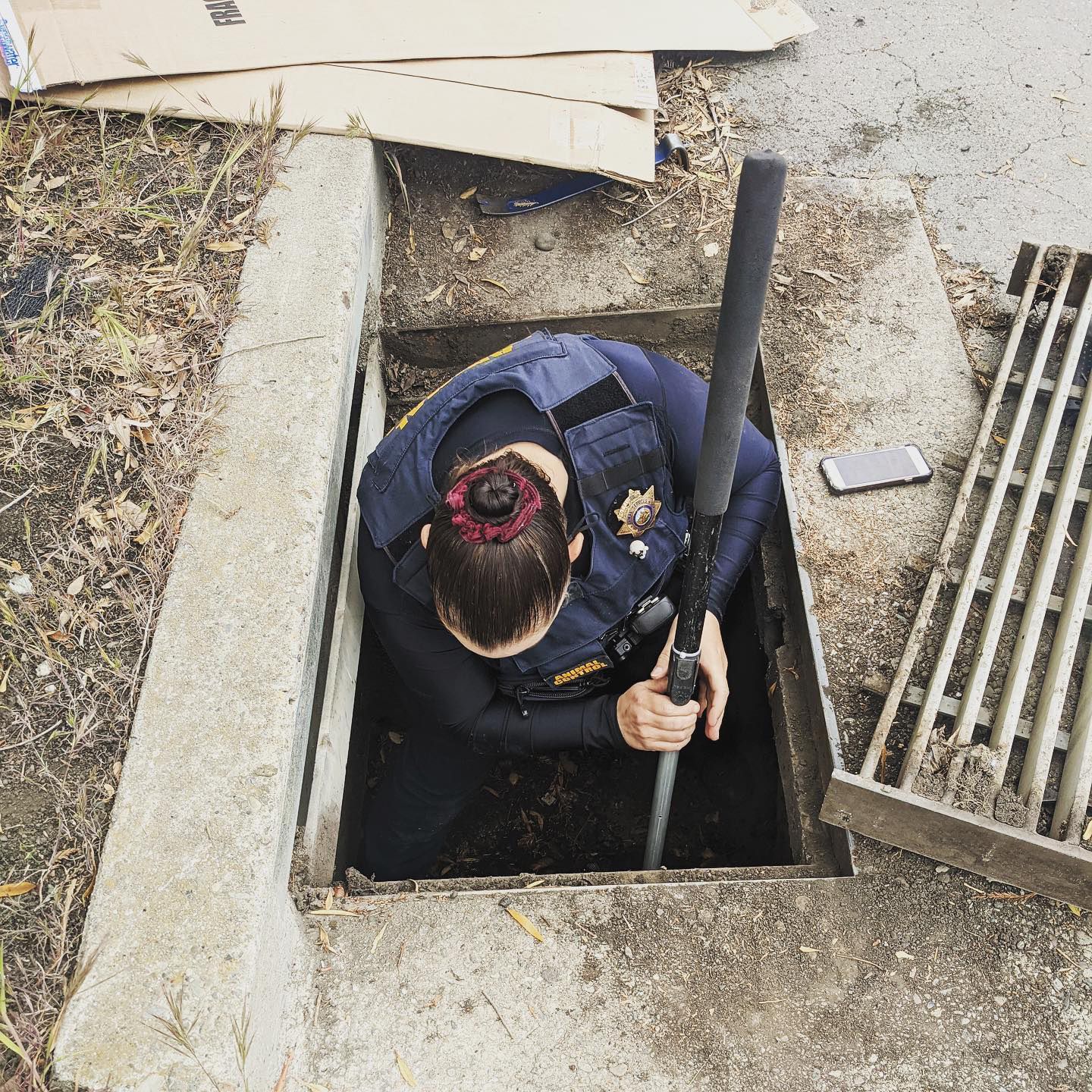 According to the police department, Perez, who has had prior experience rescuing animals from storm drains, was called to the scene. She used her phone to play "mama duck sounds" in order to lure the animal toward her. This allowed Perez to safely capture the babies and reunite them with their mother.

Perez's actions not only went viral, but they proved useful for one social media user who shared that the officer's technique worked successfully for them. "It took a while to coax out all of them, but it worked!!" they posted.