Angler in the Philippines Shows Off 66-Pound Catch

A fisherman in the Philippines caught a massive moonfish while angling from a trawler. Fisherman, Joseph Bautista proudly carried his catch ashore on his shoulders in Atimonan.

Bautista announced that he has no plans on selling the giant moonfish, weighing in at over 66 pounds. 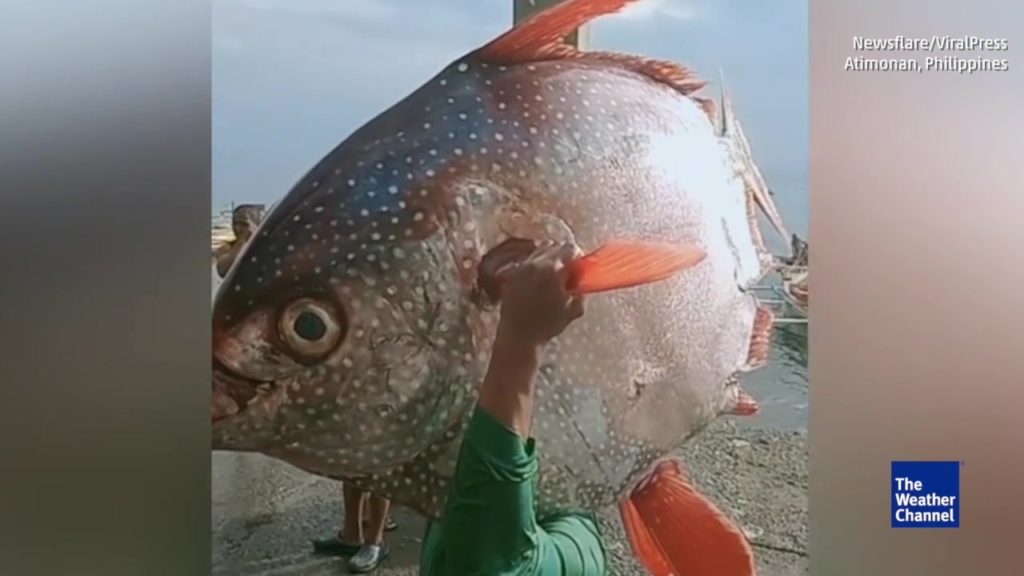 He said, “I’m not taking this fish to the market to sell. This is going home with me for my family to eat.”

“It’s quite special to catch something so big and beautiful so we will enjoy sharing it with friends.” 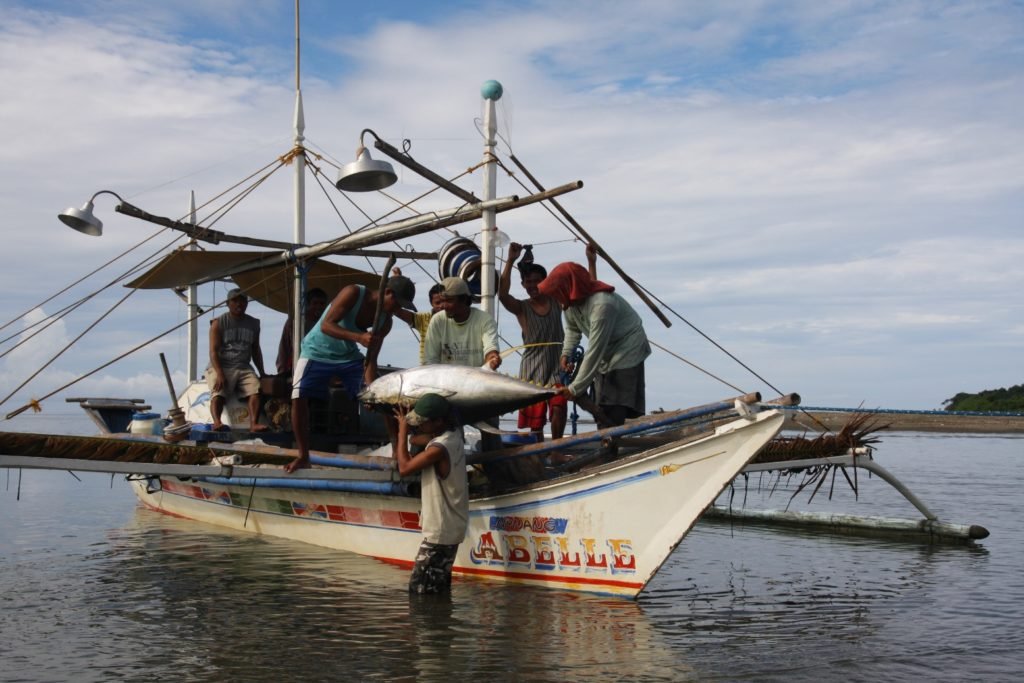 The moonfish, also known as the Opah, are large and colorful fish typically found in tropical waters. With their pink hue, these fish grow quite large. Shockingly, they are considered the first-known warm-blooded fish.

Through some physiological tricks, the fish is able to keep its entire bodyâ€”heart, brain, swimming muscles and visceraâ€”warmer than the surrounding water. This magnificent creature grows to typically the size of a manhole cover, soÂ Joseph Bautista, with his 66-pound catch is one lucky guy.