“Watch What Happens Live” host, Andy Cohen, was pulled on stage during Britney’s performance at Radio City Music Hall and had the time of his life.

As the pop star and mother-of-two began performing the song, her backup dancers escorted Cohen over to a mannequin with a harness attached to it.Â Eagerly jumping up in front of the thousands in attendance, Britney forced Cohen into a collar and harness and then down on all fours. She playfully whipped and spanked him while performing her hit “Freakshow.” 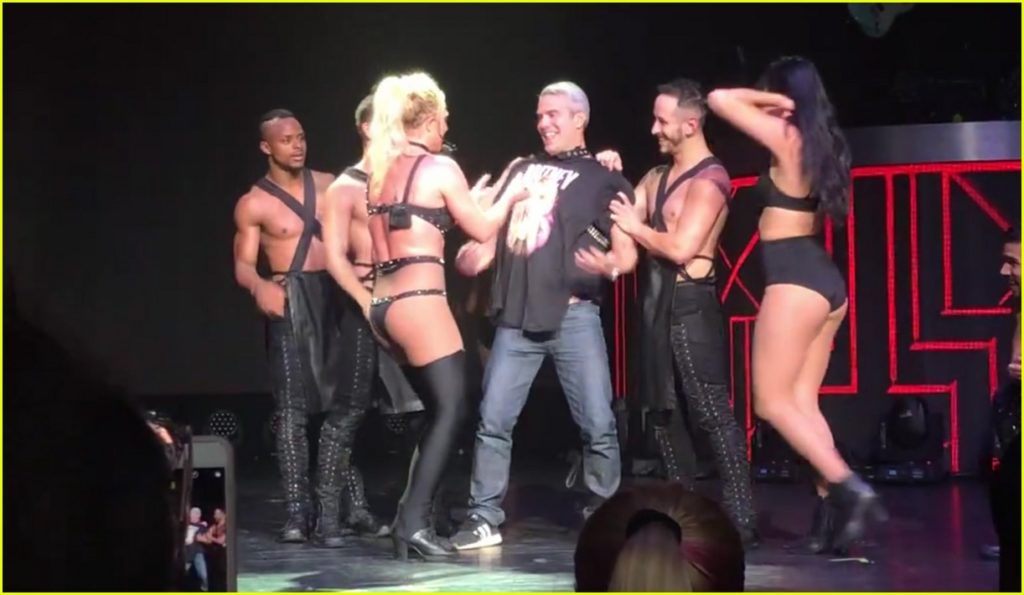 “Crawling onstage is my new favorite thing in the world and I want to do it every day,” Cohen hysterically joked when he later posted to Instagram.

The funniest part of the performance, however, came at the end of the song.Â When Britney went to thank him for joining her on-stage, the pop star faltered and couldn’t recall Cohen’s name, instead opting to say to her audience, “I think you know who this is. Give it up for… him.” 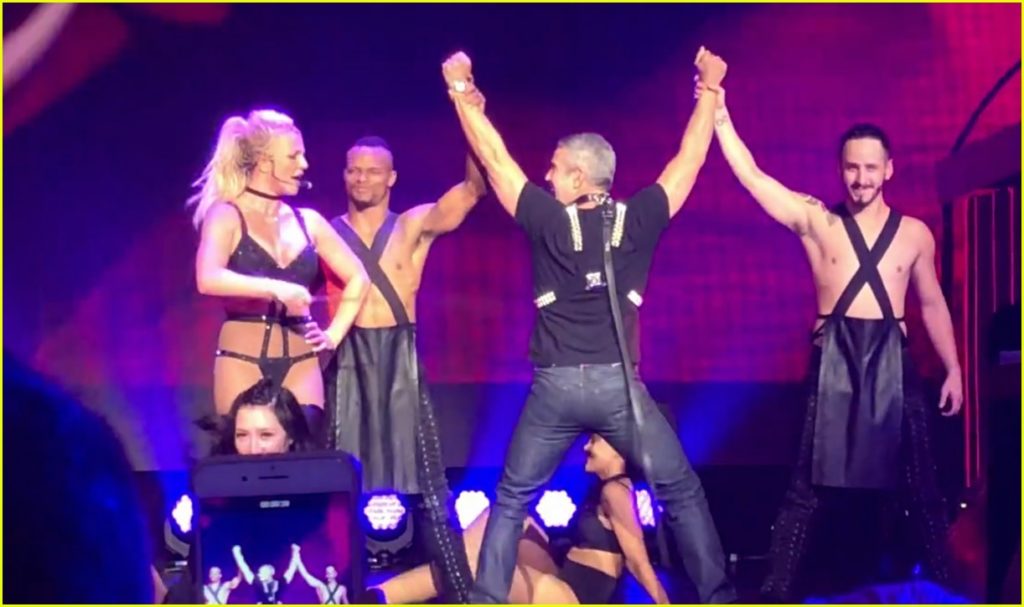 Cohen didn’t take it to heart, though.Â Saying on his Sirius XM radio show, “First of all, why would Britney know my name?” he asked, after watching back the clip of himself up on-stage, explaining “She’s Britney b***h!”