As of Wednesday, June 3, 15 of the 20 books on the Amazon best-sellers list were books about race, racism, and white supremacy in the US.

Among the best-sellers were "White Fragility: Why It's So Hard for White People to Talk About Racism," novel "The Vanishing Half" by black author Brit Bennett, and the children's picture book "I Am Enough." There's currently such a high demand that many of them are temporarily out of stock or only available in ebook or audio form. 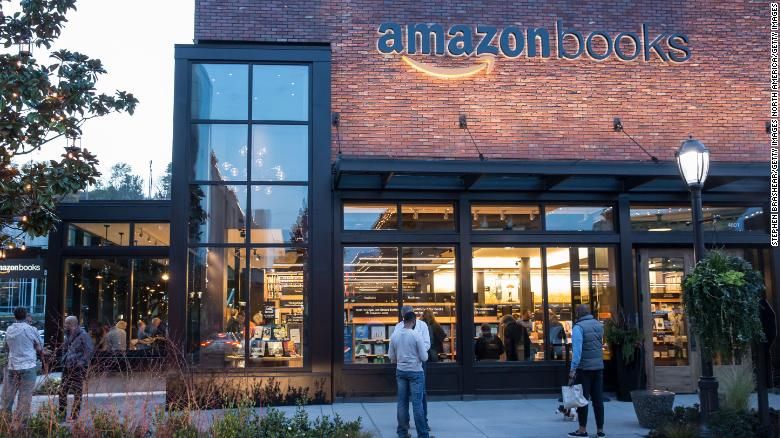 Ibram X. Kendi, a historian of racial inequality at American University, has two of his books on the list, "How to Be an Antiracist" and "Stamped from the Beginning."

"This doesn't happen every day," Kendi tweeted on Tuesday. "It is fitting it happens on the day we are Blacking Out for Black lives and hopefully supporting our local independent bookstores too."

Educating yourself on the history and current state of racism is one of the first ways to become an ally, followed by talking to people in your inner circle and sharing the resources with them. 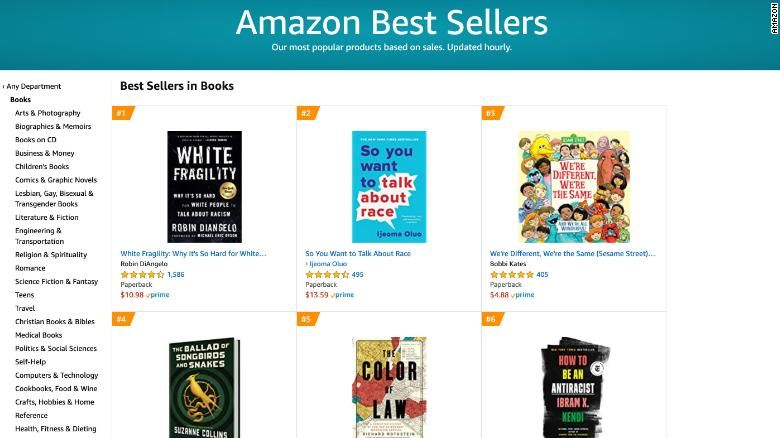 The current Amazon Best Sellers on race are:

1. "White Fragility: Why It's So Hard for White People to Talk About Racism," Robin Diangelo
2. "So You Want to Talk About Race," Ijeoma Olua
3. "We're Different, We're the Same," a Sesame Street picture book, Bobbi Kates
5. "The Color of Law: A Forgotten History of How Our Government Segregated America," Richard Rothstein
6. "How to Be an Antiracist," Ibram X. Kendi
9. "The New Jim Crow: Mass Incarceration in the Age of Colorblindness," Michelle Alexander
10. "The Vanishing Half," Brit Bennett
11. "Between the World and Me," Ta-Nehisi Coates
12. "Stamped from the Beginning," Ibram X. Kendi
14. "Just Mercy: A Story of Justice and Redemption," Bryan Stevenson
15. "The Day You Begin," Jacqueline Woodson
16. "Becoming," Michelle Obama
17. "I Am Enough," Grace Byers
18. "Why Are All the Black Kids Sitting Together in the Cafeteria?" Beverly Daniel Tatum
19. "Me and White Supremacy: Combat Racism, Change the World and Become a Good Ancestor," Layla Saad