Everyone lovesÂ a chubby cat. When 33-pound Bronson was dropped off at the Humane Society, they knew that he needed a special kind of owner to help him and to live a long, healthy life.

Bronson was brought in because his owner passed away. The folks there believed that the owner was elderly, and probably fed him table scraps constantly. At three years old, he was young enough to be able to lose the weight but he needed serious caretakers who were committed to this as it would be a long process. 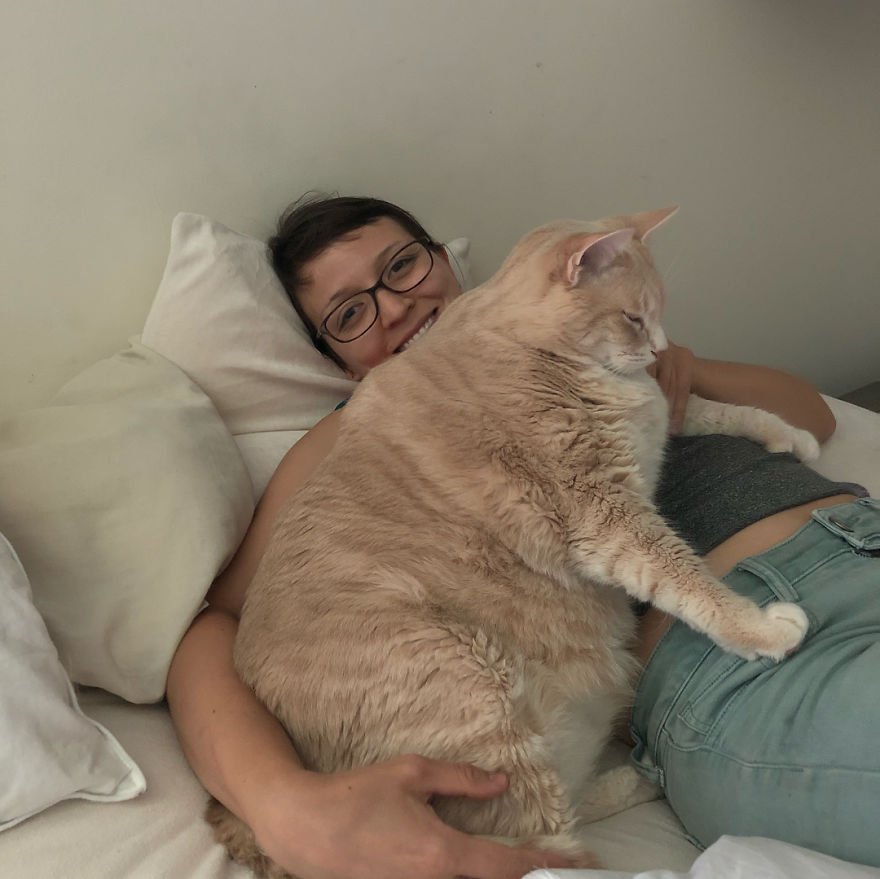 This is when Mike Wilson and Megan Hanneman come in. They visited the Humane Society one morning before work to see if any kittens were available. That’s when they saw Bronson, and they knew they had to have him.

“Bronson was so affectionate and sweet and was happily kneading his cat bed when we first petted him,” Wilson writes on Bored Panda.

They took on the challenge. They began to change Bronson’s diet and exercise routine incrementally as to make sure his weight loss goes smoothly. Cats cannot lose weight quickly or they can get Fatty Liver Disease which is proven fatal for cats. 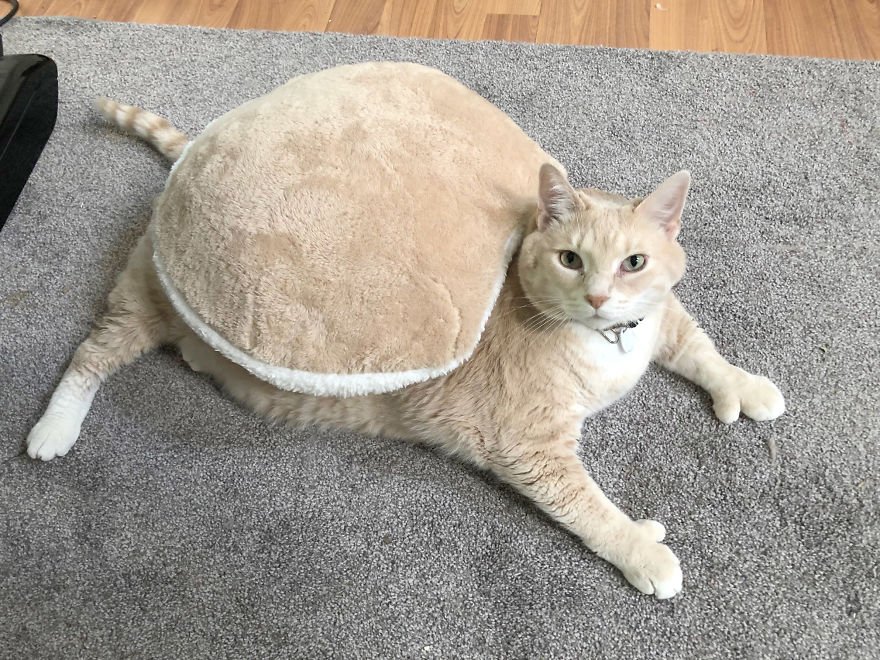 He’s playing with toys, going up and down the stairs, and also napping a lot. Bronson seems to be extremely comfortable and happy with his new family.

Their goal, Wilson says, is to have him lose about one pound a month. It will be a long road to weight loss, but Bronson has the perfect cheerleaders for him! 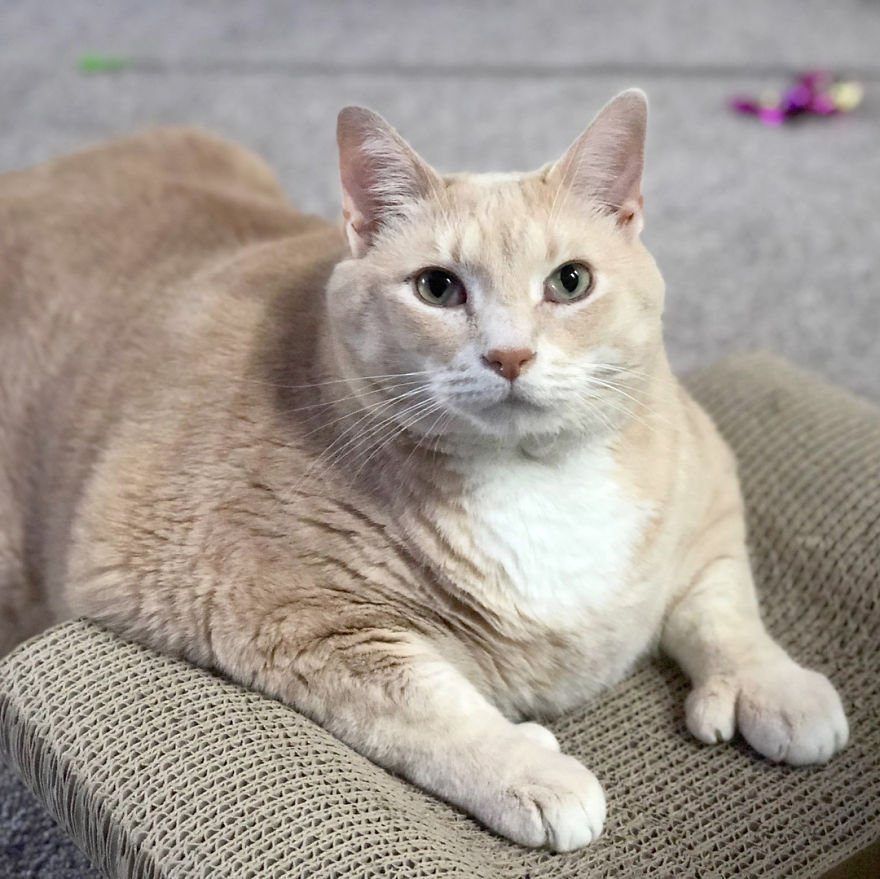 The couple is in the business of making mounted cat furniture that is designed to promote activity for indoor cats. Bronson is not quite ready for that type of exercise, but he will get there!